Investors most bearish in U.S. bonds since April: survey

In late August, the yields on U.S. 30-year Treasury bonds US30YT=RR hit a record low of 1.905%, according to Refinitiv data.

This was the highest level since April 1, according to J.P. Morgan.

A week ago, investors were net short by 2 percentage points. 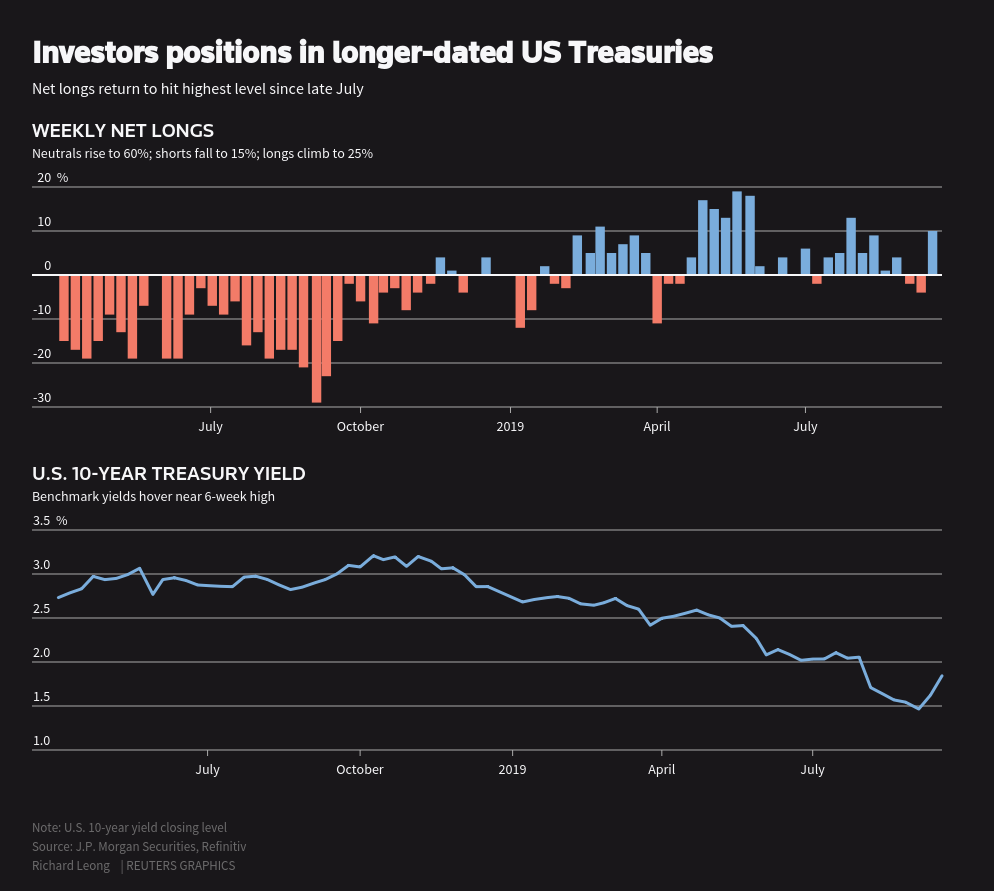