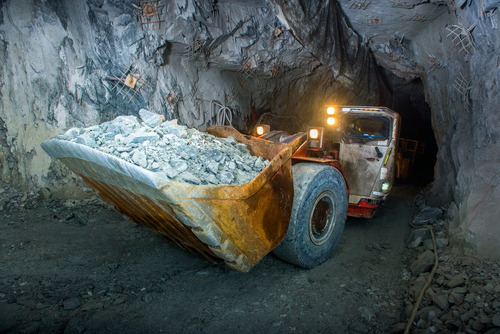 In a report Thursday, the Shareholder Gold Council, created by legendary investor John Paulson, founder of Paulson & Co., said that if the number of mid-tier gold producers were halved, it could potentially unlock about $2.4-$3.2 billion in shareholder value.

"The SGC strongly encourages mid-tier companies to pursue nil-premium mergers of equals where the elimination of duplicate corporate structures can benefit shareholders from a combination," the report said.

According to the council's research, the median G&A as a percentage of 2019 consensus EBITDA estimates mid-tier, multi-asset producers was 12.7%. This compares to 8.2% for the senior gold producers and 10.0% for the single-asset gold producers. Non-gold producers came in at 4.2%. 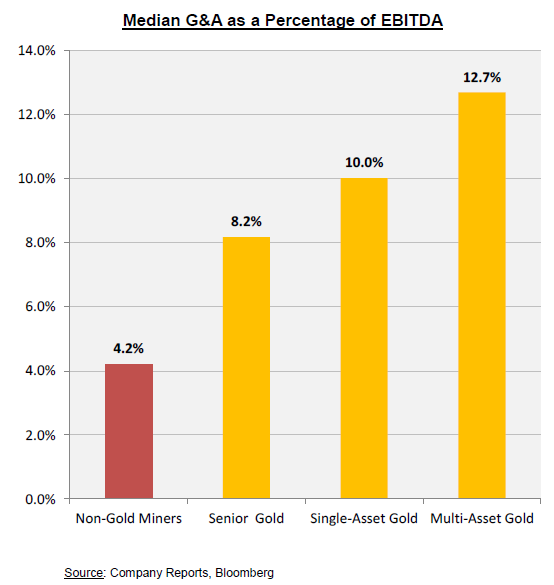 The report comes as the mining sector has seen renewed investor interest as gold prices have pushed to a six-year high. The council noted that this year senior gold producers have outperformed the precious metal. The VanEck Vectors Gold Miners ETF (NYSE: GDX) has risen 53%, while gold prices have risen 26%.

However, when looking over the long-term, the picture hasn't been so rosy for the mining sector in the last 10 years the price of gold has rallied 57% while the GDX has declined 22%.

"SGC believes that one of the many areas that gold companies should continue to focus on is cost control, particularly G&A spending," the council said. "SGC believes that for gold equities to build on the recent outperformance and narrow the historical performance gap, gold company boards must continue to hold management teams accountable for all costs and encourage them to find ways of unlocking value from G&A reductions in a way that benefits shareholder returns."