LONDON (Reuters) - Oil prices fell on Thursday after a meeting of the OPEC+ alliance yielded no decision on deepening supply cuts but focused instead on bringing Nigerian and Iraqi output down to their agreed quotas.

Oil came under further pressure after the European Central Bank cut its deposit rate to a record low -0.5% from -0.4% and said it will restart bond purchases of 20 billion euros a month from November to prop up euro zone growth.

Saudi Arabia’s new energy minister, Prince Abdulaziz bin Salman, said deeper cuts would not be decided before a meeting of the Organization of the Petroleum Exporting Countries planned for December.

The meeting yielded a promise to keep countries within the production quotas they committed to in a global supply cut deal, which would limit oil coming to the market as Nigeria, Iraq and Russia have, at times, produced more than their allocations.

“Everyone committed to compliance but we’ve heard that before. I assume the market will want to see proper cuts to react,” said Giovanni Stauvono, analyst at UBS.

A statement from OPEC and its allies, a grouping known as OPEC+, said oil stocks in industrial countries remained above the five-year average. Oman’s energy minister said “the outlook is not very good for 2020.”

Saudi’s Prince Abdulaziz said his country would keep cutting by more than it pledged in the pact that has throttled supply from OPEC and its partners by 1.2 million barrels per day.

Both crude benchmarks fell sharply the previous day following a report that U.S. President Donald Trump had weighed easing sanctions on Iran, a move that would potentially boost crude supply.

“The drop is due to a combination of reports of Trump and Iran, the ECB easing, which pushed up the dollar .DXY which hurt oil,” said David Madden, an analyst at CMC Markets.

The Paris-based agency kept its oil demand growth forecasts for this and next year at 1.1 million bpd and 1.3 million bpd, respectively.

“There is not a lot of room for any waiver on Iranian crude oil imports,” said Petromatrix analyst Olivier Jakob.

Supporting prices earlier in Thursday’s session, China and the United States made some concessions in a protracted trade war, which has weighed on oil demand forecasts.

Also giving a floor to prices, the U.S. Energy Information Administration said on Wednesday that U.S. crude oil stockpiles fell last week to their lowest in nearly a year. 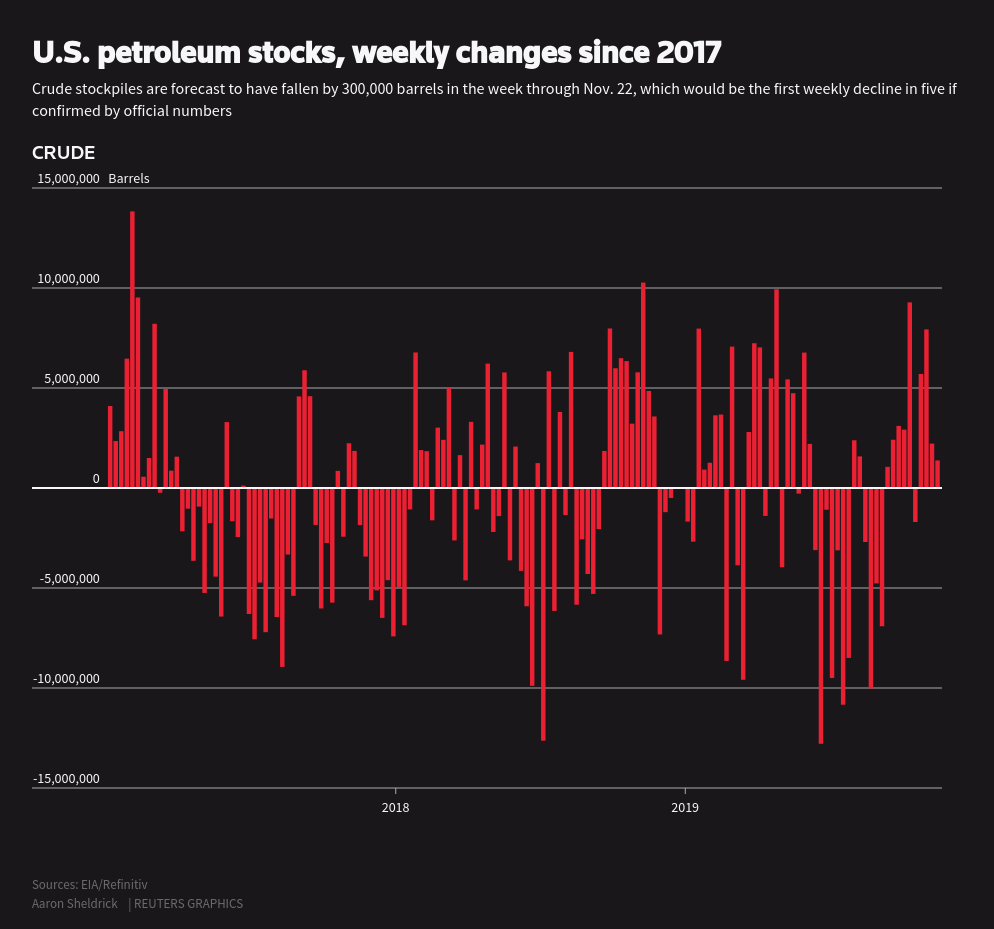 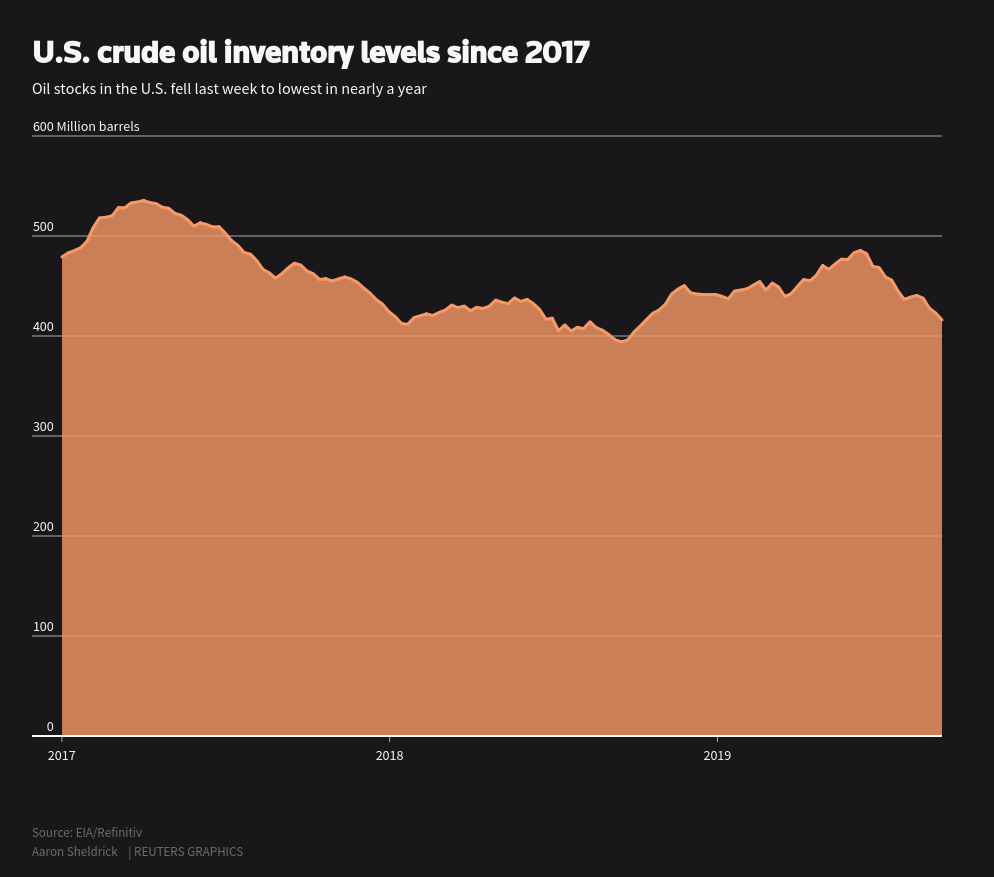