The effects of the trade war has seen monetary policy swing back into support mode this year, but the Fed’s central message on Wednesday was that it wasn’t expecting a major capitulation of the economy.

Japan and Switzerland then kept their deeply negative interest rates on hold. The Brexit-constrained Bank of England sat on its hands, while an outlier hike in Norway also came with a hint it would be the last.

It was enough to push London’s FTSE, Frankfurt’s Dax and Paris, Milan and Madrid up between 0.4% and 0.8% after what had been a groggy Asian session. Tokyo’s Nikkei and Chinese blue=chip had finished 0.4% higher but Hong Kong, India and much of the rest of the region had sagged.

“This is not ‘QE4ever,’ as we’ve heard it called,” analysts at RBC said of the Fed’s decision and signals. “We shouldn’t go too far in putting on QE-like trades.”

Wall Street, meanwhile, seemed uncertain with traders still not sure whether to feel underwhelmed by the Fed’s cut or relieved it saw no U.S. recession rumbling on the horizon.

The dollar saw a slight pullback in both Asia and European trading, while the view of no economic Armageddon squeezed up the benchmark government bond yields that act as a proxy for global borrowing costs.

Two-year U.S. yields, which are the most sensitive to Fed policy, inched above 1.75%, while Italian debt lead rise in European yields after surprisingly little demand from banks for a new offering of interest-free European Central Bank funding.

“Today’s number was a clear disappointment and suggests the TLTROs (ECB funding offerings) will be a much less potent weapon than the ECB was hoping,” Nordea economist Jan von Gerich said.

Back in the currency markets, the Bank of Japan’s inaction saw the yen rise off a seven-week low versus the dollar and jump against a Australian dollar weighed down by a 1-year high in unemployment which had boosted bets on a rate cut there.

The BOJ had maintained its pledge to guide short-term interest rates at minus 0.1% and the 10-year government bond yield around 0%. It also signaled it could add stimulus as early as next month, but some traders had expected an immediate move after the Fed’s cut overnight.

“There were large yen-buying orders before the BOJ, and that just carried through,” said Tohru Sasaki, head of Japan markets research at J.P. Morgan Securities in Tokyo.

BACK TO THE FUTURES

The S&P 500 had reversed losses and ended broadly flat on Wednesday after Fed chief Jerome Powell said he did not see an imminent recession or think the Fed will adopt negative rates.

So-called dot-plot forecasts from all 17 policymakers also showed disagreement, with seven expecting a third rate cut this year, five seeing the current rate cut as the last for 2019, and five who appeared to have been against even Wednesday’s move.

“This is a small positive for share prices as long as there is no recession,” said Shane Oliver, head of investment strategy and chief economist at AMP Capital Investors in Sydney.

“The only problem is a 25 basis-point cut was already expected, and the comments and dot-plot forecasts were not as dovish as the market hoped.”

Elsewhere in the currency market, sterling slipped away from May highs against the euro as the Bank of England laid out for the first time the potential damage that could be caused by further Brexit delays.

It came just after it was confirmed that London had sent some new proposals to Brussels.

“Political events could lead to a further period of entrenched uncertainty,” the BoE said.

“The longer those uncertainties persisted, particularly in an environment of weaker global growth, the more likely it was that demand growth would remain below potential.”

Among commodities, oil surged over 2% to $65 per barrel having looked to largely stabilized in recent days after attacks in Saudi Arabia over the weekend had sent prices soaring.

Washington has blamed Iran for the attacks, a charge which Tehran denies. U.S. Secretary of State Mike Pompeo has said the strike was “an act of war.” 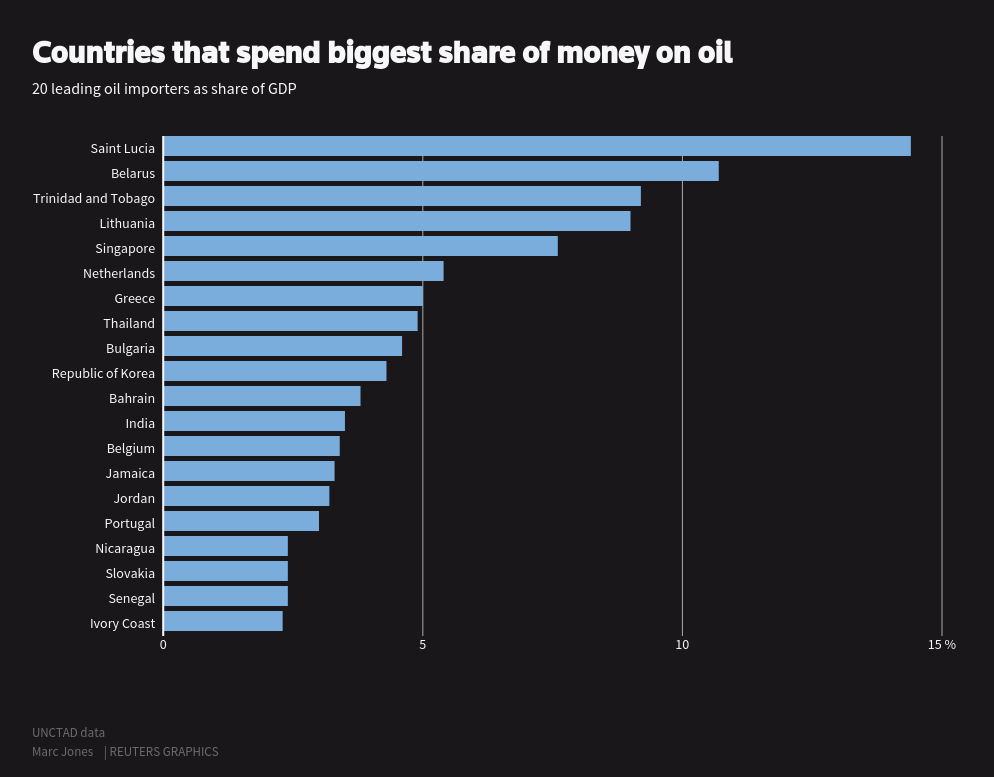