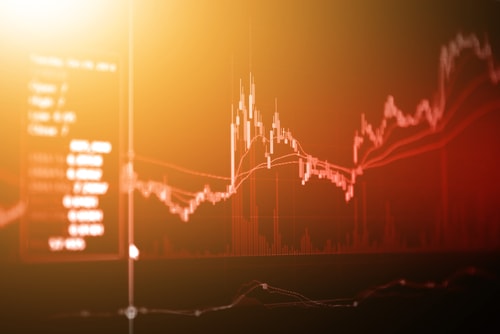 (Kitco News) - Gold is waiting for a new catalyst and Saudi Arabia’s response to last week’s drone strikes could reignite gold’s bullish trend, according to analysts.

The eventful week began with the markets’ reaction to the September 14 strikes on Saudi Arabia’s Khurais and Abqaiq oil facilities. Washington and Riyadh blamed Iran for the attacks, with Iran denying any involvement.

“The big thing next week is getting some clarity on what the Saudi response is going to be to oil attacks last weekend. That is going to be a key driver for not just the oil market, but the rest of commodity prices,” Bain said. “Any sign of escalation in tensions or retaliation would be a positive for the gold price. We’d expect some safe-haven buying if that was the case.

The U.S. proceeded to respond on Friday by imposing a new round of sanctions on Iran, including the country’s central bank. “Iran’s brazen attack against Saudi Arabia is unacceptable,” U.S. Treasury Secretary Steven Mnuchin said in a statement that announced the sanctions.

For gold to move out of its tight trading range at around $1,500 an ounce, investors will need to see some significant deterioration in economic data or geopolitics, explained BMO Capital Markets managing director of commodities research Colin Hamilton.

“What the Saudi Arabia response will be to the drone strikes last week. That is still the great unknown,” Hamilton noted. “One of the little headwinds for gold is industrial data started to look a little better. We are past the bottom for the global industrial cycle.”

“Those are the only things that would drive the more aggressive ETF inflows we’ve seen in the past little while,” he added.

Also, ABN Amro warned in a recent note that a significant rise in oil prices could trigger a recession.

“A question I have been asked in this respect recently is whether a rise in oil prices could trigger a recession. The answer is obviously yes as this has happened in the past, more than once,” wrote ABN Amro chief economist Han de Jong. “The recessions in the 1970s were caused by oil price shocks as was the recession of 1990 … But my guess would be that it would take an oil price of considerably over USD 100/b to push the economy into recession in current circumstances.”

Digesting dissension in the Fed

Another key driver for gold is markets digesting the growing dissension within the Federal Reserve.

On Wednesday, the Fed cut rates by 25 basis points to a level of between 1.75% and 2.0%, while sounding slightly more hawkish than anticipated by the markets. The central bank is not expecting to cut rates in 2019 or 2020 while stressing that each rate decision will be increasingly data-depended.

Despite the somewhat hawkish outlook, there is a growing divide between the Fed members. Breaking down the latest Fed rate cut reveals that three regional presidents voted “no” but for different reasons. Two wanted to see no change in rates, while a third wanted an even bigger cut.

“It is prudent risk management, in my view, to cut the policy rate aggressively now and then later increase it should the downside risks not materialize,” Bullard said. The U.S. manufacturing sector “already appears in recession,” he added.

Markets are likely to still be disappointed by the Fed as investors’ expectations are still too dovish, Capital Economics’ Bain pointed out.

“We have gold at $1,500 as our year-end forecast. We don’t see much upside. As far as we are concerned, the market is still pricing in too much Fed easing. There could be some disappointments on that front,” she said. “We’ve got one more cut penciled in in December and then we think the Fed will be finished. Our macro forecast is that the global economy will start to show a pickup next year.”

Gold is in a tight range

As long as gold continues to trade above $1,500 an ounce, analysts will remain bullish, said Blue Line Futures president Bill Baruch. “I don’t plan on getting bearish until it closes below $1,484 area. A break above $1,530 will reinvigorate the bullish trend.”

There is also a new price floor for gold, which is supportive of higher levels, said Standard Chartered precious metals analyst Suki Cooper at the Denver Gold Forum this week.

“The new floor in gold prices is $1,450. Central bank buying has helped to raise that floor,” stated Cooper while projecting the gold rally to continue after a short-term correction.

Gold could trade in a narrow range next week, said TD Securities head of global strategy at TD Securities Bart Melek. The yellow metal’s range for the near-term is between $1,480 and just north of $1,500.

Macro data could be the next major catalyst for gold, Melek added, pointing to several significant releases for next week.

“CB consumer confidence is on Tuesday. Also, we are looking at the core PCE, pending home sales, personal income, and durable goods — [all scheduled for release on Friday],” he said. “The PCE monthly figure for August is important — that will tell us how the inflation is unfolding in the U.S. Any negative prints or sub expectations will likely help gold here.”

The second-quarter GDP print will also be released on Friday. Other data out next week include manufacturing PMI, house price index, and new home sales data.