Gold's new floor is $1,450 and central banks are to thank for that - Standard Chartered 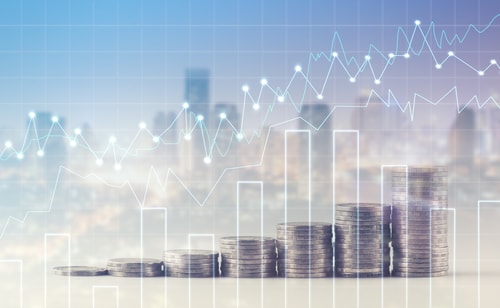 (Kitco News) - There is a new floor in gold and central banks are to thank for that as the official sector’s increased gold buying has been helping gold prices, according to Standard Chartered.

Central banks’ interest in gold has been on the rise, which has been helping gold prices, said Standard Chartered precious metals analyst Suki Cooper during her keynote address at the Gold Forum Americas taking place in Denver last week.

“With the strength that we’ve seen in the central bank buying, the floor for the gold market, if we were to see a selloff, is much closer to $1,450,” Cooper said.

The gold price rally has not run its course yet, Cooper pointed out, projecting for gold to end next year at $1,570 an ounce.

“The initial gold rally could stabilize somewhat and we could see a short-term correction. But, beyond that, we still see more upside risk when retail investors come back into the space,” Cooper said.

Central bank being plays a very important role in terms of providing that downside floor for gold prices, she explained.

“The share of official sector purchases currently represents between 2-14% of annual gold demand, Cooper noted. “[Central bank buying] helps to increase the price floor that we’ve seen and makes much more stable the floor for gold prices to rally from” she explained.

Official sector’s gold purchases will surpass at least 500 tonnes in 2019, Cooper said, adding that this amount will continue to rise in the future.

Consistent buyers last year were Russia and Kazakhstan and the new noteworthy entrants were Poland and Hungary, she added.

Global gold official sector reserves are now at their highest since 1996 and the appetite to buy is persisting even amid high gold prices. “Central bank selling swung from 20% of annual sales back in 2004 to last year representing about 15% of annual demand. That is a huge swing from net selling to net buying,” she said.

Drivers encouraging central banks to buy more gold include the goal to diversify and de-dollarize in light of geopolitical risks and trade tensions, Cooper pointed out.

For example, Russia’s gold reserves now represent about 20% of the country’s total reserves, with the central bank adding a record 264 tonnes to its reserves in 2018.

Russia has been buying gold due to sanctions from the West, Cooper explained, adding that it sees gold as a strategic asset that is a 100% guarantee against legal and political risks.

China also restarted its gold purchases in December 2018 and its total gold reserves currently sit at around 1,942 tonnes, which represents about 2.8% of total reserves, she added.

And for China to get to at least 10%, it will need to buy around 5,000 tonnes, which represents almost two years’ worth of global gold mine supply, Cooper highlighted.