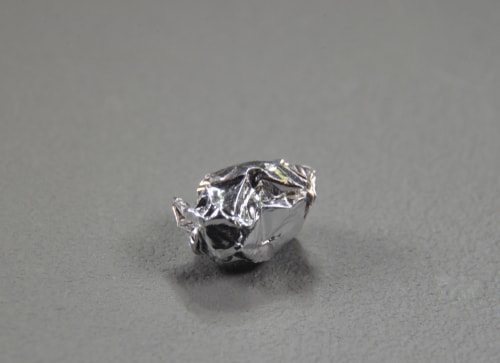 (Kitco News) - After hitting new all-time highs, palladium might be ready for even more gains, with some analysts pointing to the $1,700 level as a reality.

“Palladium’s move higher is very much a correlation to gold. Gold moved up quite nicely on Monday. Also, we had a silver rally as well as platinum. Palladium followed suit. The precious metals moved higher most likely on mentions from Fed officials of potentially more interest rate cuts,” head of global strategy at TD Securities Bart Melek said on Monday.

On Monday, markets were digesting the U.S. decision to send more troops to the Gulf region following the drone attacks on Saudi Arabia’s oil facilities on September 14. This came almost immediately after the U.S. imposed sanctions on Iran, including the country’s central bank on Friday.

Other significant precious metals drivers have been U.S. President Donald Trump’s statement on Friday that he is not interested in just a partial deal with China and Chinese officials proceeding to cancel their visit to U.S. farmers.

“The combination of healthy demand, constrained supply, and challenging liquidity conditions is likely driving prices higher here. Our understanding is that there were some additional supplies earlier in the year mainly from release in pipeline stocks, which likely drove the easing in forwards in H1. But still-healthy demand implies that those stocks should have been well absorbed,” Teves wrote on Monday.

“It already exceeded the zone of massive resistance at 1,600/1,620 on Friday, opening up scope for a further rise to $1,700. There has been no evidence of late of any significant investor interest in palladium. Net long positions have climbed only marginally, while ETF holdings have remained at a low level,” Fritsch wrote.

Some downside risks remain for palladium this year, including the unresolved U.S.-China trade war.

“A breakdown of U.S.-China trade talks, deterioration in economic data and a pullback in equities from the highs, therefore, presents downside risks for palladium over the remainder of the year. The rally to all-time-high palladium prices might attract some short positions in the near term, especially considering how low gross shorts are at the moment – only 25% of the record,” Teves explained.

BofA Merrill Lynch also sees a high probability of a cool down in the rally based on subsiding “fear in physical markets.”

“Assets under management at ETFs have now stabilized, suggesting that the immediate need and willingness of market participants to tap these vehicles has been limited. While fundamentals remain solid … all this suggests that the rally especially of palladium may pause here,” BofA Merrill Lynch wrote in a note in September.