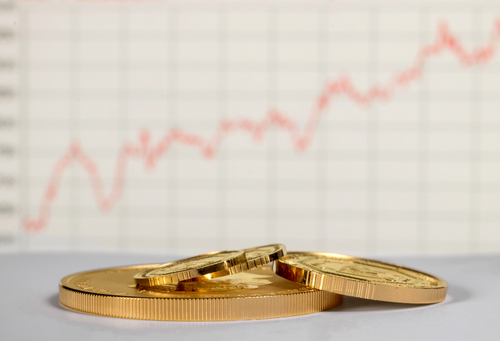 (Kitco News) - The gold market is starting the week under pressure down 2% as it has broken below critical support points, but according to one market analyst, the precious metal is still in a healthy long-term bull market.

In a report Friday, Florian Grummes, gold market analyst at Midas Touch Consulting, warned that in the short-term, with gold prices under critical support at $1,480, bearish traders are in control of the marketplace.

He added that investors need to keep an eye on the next support level at $1,450 and there is a chance that prices could fall as low as the summer’s initial breakout level around $1,380 an ounce.

However, he also said that investors shouldn’t give up on gold’s rally just yet.

“Although the weekly chart is without question overbought, fundamentally there are currently enough reasons for a continuation of the rally,” he said. “Indeed, in this context, even a veritable gold rush in the markets is possible in the next three to four months!”

Grummes said that he sees a strong possibility of gold trading around $1,800 an ounce by early next year.

Federal Reserve monetary policy will continue to be a major factor that will drive gold prices through the first few months of 2020, he said.

Although the Federal Reserve signaled at its last monetary policy meeting that it is not expecting to change interest rates for the rest of the year or next, Grummes said that there is more to the U.S. central bank than just interest rates.

He noted that the Federal Reserve has intervened in money markets pumping $75 billion into the system several times during the last two weeks. The central bank is expected to add even more money to the system in coming weeks.

“Thus, the ‘quantitative tightening’ launched by the Fed since the end of 2017 has come to a definite end,” he said. “For gold, these are ideal conditions.

“Faced with renewed interest rate cuts, foreseeable monetary concerns and growing tensions in the financial markets, it would be foolish not to rely on the protection of gold,” he added.

Looking at near-term price action, some analysts note that gold is struggling in the face of a stronger U.S. dollar, which is trading at a fresh 2-year high above 99 points. December gold futures last traded at $1,479 an ounce, down nearly 2% on the day and trading near a 1.5 month low.

Monday's Charts for Gold, Silver and Platinum and Palladium, Oct. 25