Gold is not seeing a 'reversal of fortune', says Scotiabank 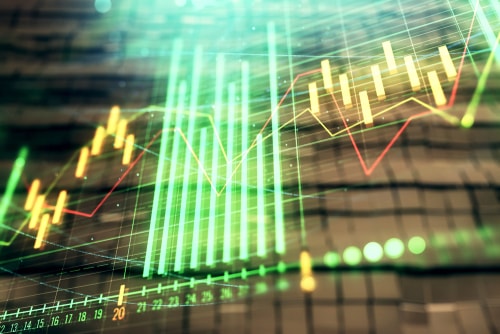 (Kitco News) A necessary correction in gold prices earlier this week is not a sign of “a reversal in fortunes” for gold, according to Scotiabank.

“Overdue correction is not a reversal in fortunes … The purge of fast money and/or weak longs is a necessary development for the longer-term health of the structural gold trade,” Scotiabank commodity strategist Nicky Shiels wrote in an October update.

It was not surprising to see the gold price drop in light of a stronger U.S. dollar index, but it was unexpected to see the market overlook a number of very bullish catalysts, including Saudi Oil attacks, impeachment talks in the U.S., and risks of trade escalation, Shiels noted.

A number of drivers are still supportive of higher gold levels — contained U.S. bonds ranges, unimproved global data, and escalating geopolitical tensions, said Shiels. “There is no U.S.-China trade deal with negotiations only restarting next week; focus has potentially shifted to U.S./European relations.”

A headwind for gold in the short-term is a more hawkish Federal Reserve. As the October Fed meeting is just a few weeks away, the market is still pricing in a 75.4% chance of a 25 basis point cut, according to the CME FedWatch Tool.

“Recent gold weakness is simply pricing in the idea that the Fed [is] too tight; well a Fed that perhaps won’t meet dovish/aggressive expectations and positioning. It’s overlooking the fact that these temporary cash-injections/daily repo operations is a net additive of liquidity, or the fact that it’s now more likely the Fed introduces a standing repo facility, and/or on further measures,” Shiels wrote.

Gold’s short-term direction is now “slightly less bullish,” Shiels pointed out. “Down from $1,500-1,600, but dependent on plenty of upcoming event risk including 1) NFP on Friday, 2) Trade talks next week, 3) October FOMC which is increasingly in play (potential for further permanent interventions like standing repo facility and/or Balance Sheet expansion e.g. QE-lite),” she said.

At the end of the day, “selling begets selling,” especially if the key technical levels are breached, Shiels added.