Goldman Sachs says gold is going to $1,600, watch the perceived risk of recession 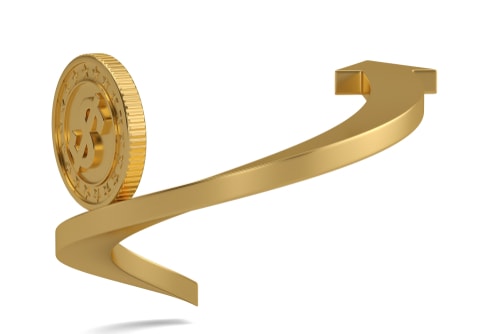 (Kitco News) What matters for gold is the perceived risk of recession, which is rising, said Goldman Sachs analyst, who sees the precious metal reaching $1,600 in Q4 and staying there.

Goldman is bullish on gold because of the market’s perception of recession fears.

“What’s important for the gold market is not whether there are actual risks but what the market’s perceived risks are,” Goldman Sachs analyst Mikhail Sprogis told Kitco News on Monday. “We noticed that the market’s fear of recession tends to go up with lower employment rate and slower growth. Given that this year we were moving into lower employment rate and debate over the economy … We thought that this warrants more defensive allocation.”

Goldman’s own view is that risks in the U.S. remain moderate and no recession is projected for next year, noted Sprogis.

Gold is looking to hit $1,600 by year-end before stabilizing around those levels and gradually rising further, according to Goldman’s forecast.

“Going long-term depends on what is going to happen to global growth. The further out you go, the higher the probability that the U.S. is going to hit a recession. We have $1,600 holding out through 2021,” Sprogis said.

The $1,600 projection is based on global growth rebounding. “This is a scenario where things are not that bad. What we like to highlight is that in an environment where things do go much worse, we see much more upside in gold,” the analyst explained.

Central bank gold demand is also estimated to remain strong throughout the year, rising to 750 tonnes compared to last year’s impressive 650 tonnes. “That will be driven by demand from countries that have some kind of geopolitical tensions with the U.S., which is Russia, Turkey, China. As well as some countries that have some tensions with the EU like Poland, which bought 100 tonnes this year,” the analyst said.

U.S. dollar is also looking weaker going forward based on the projection that global growth rebounds, boosting other major currencies against the U.S. dollar.

Rebound in global growth is keeping Goldman’s forecast capped at $1,600, but it leaves room for Asian demand to recover on stronger local currencies.

“Rebound in global growth will lead to a weaker U.S. dollar and that should provide support to the gold prices … It helps emerging markets with the wealth channel … The wealth element represents demand by emerging markets, who are the primary buyers of gold. A weaker dollar increases their ability to buy gold,” Sprogis explained.

For the yellow metal to hit a record high in U.S. dollars, markets will need to see a recession in the U.S., the analyst added. “Ultimately to have a material spike in gold, you either have to have U.S. recession or some risks of inflation running out of control or environment where the Fed is not hiking because that leads to debasing fears of currency.”

“The Fed has been one of the reasons why gold went up so much. Our economists see one more Fed cut in October. Following this they see return to hiking only after U.S. election,” Sprogis anticipated.

Currently, the market is pricing in a 90.5% chance of a 25-basis-point cut in October, according to the CME FedWatch Tool.

Overall, Goldman sees underinvestment in gold, which bodes well for prices long-term. “Gold remains a great strategic allocation because ETFs and especially North American portfolio managers remain underinvestment in our view. And there is a great capacity for them to enter the market if global conditions deteriorate further,” Sprogis said.