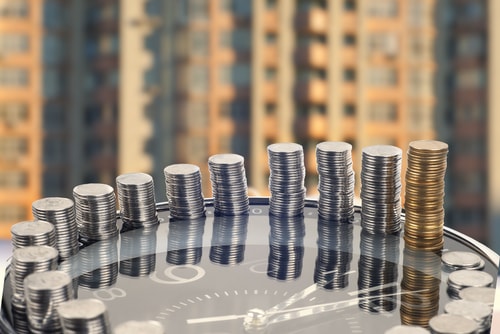 (Kitco News) Gold prices are now as much data-dependent as the Federal Reserve’s rate cut decisions, according to analysts, who are eyeing deterioration in the U.S. macro figures as a trigger for higher gold levels.

Growing recession fears amid weak manufacturing and service sector data have been supporting gold prices at above the $1,500 an ounce level this week.

“Over the final quarter, the macroeconomic data will be driving the market. We expect further deterioration, which will be supportive for gold,” Capital Economics chief commodities economist Caroline Bain said on Friday. “Markets will be looking for signs that there are concerns about growth. We certainly think that there is a possibility of a Fed rate cut in October.”

With U.S. employment data out of the way, markets will be switching their attention to the FOMC meeting minutes, specifically seeking out any change in the Fed’s forward-looking language, analysts told Kitco News.

“We are entering a cycle now where U.S. data is increasingly more important and that is due to the fact the ISM manufacturing this week was extremely weak,” said Scotiabank commodity strategist Nicky Shiels. “Going forward, the focus will be on the manufacturing data, which is continuing to weaken given the ISM this week.”

The U.S. jobs numbers revealed that the economy created 136,000 jobs last month versus the expected 145,000 while the unemployment rate dropped to 3.5% — a 50-year low. The worrying thing in the report was the average hourly earnings, which remained stagnant on the month.

“The report was tilted towards slightly negative. There were a lot of potential alarms in that report,” said TD Securities head of global strategy Bart Melek said. “The low unemployment rate could be attributed to participation rate not growing. So, a small change in employment might have caused a robust decline in the unemployment rate.”

Gold is likely to move further into the $1,500 territory next week, Melek pointed out. “The market is still very much preoccupied with the weak ISM manufacturing, which posted a 10-year low in September.

Currently, the markets are pricing in a 79.6% chance of a rate cut in October, and a 44.7% chance for another cut in December, according to the CME FedWatch Tool.

Some analysts, however, see these market expectations as overly dovish, pointing to economic growth recovering next year. “The market is pricing in too much easing by the Fed and we think the Fed’s cut this year will be the last one in this cycle,” Bain said. “That would remove quite a bit of support from the gold price.”

Capital Economics sees gold ending the year around the $1,500 an ounce mark with upside risk potential filtering through only if U.S. data significantly worsens or geopolitical tensions flare-up. “Upside is if we are wrong and it becomes clear that the U.S. is entering a recession in terms of data. And we can’t forget about the geopolitical tensions in the Middle East. That’s a big upside risk for the gold price,” she said.

The U.S.-China trade tensions will continue to have a significant impact on gold in the fourth quarter, said Shiels. “Gold is in a holding formation, waiting for any deterioration in data and/or trade war rhetoric due to the fact that U.S. and China are to resume talks next week.”

Speaking to reporters on Friday, U.S. President Donald Trump said that the U.S.-China deal is possible next week.

“We have a very good chance of making a deal with China. Right now, we are in a very important stage of making a deal. I would like to get along with China. We are negotiating a very tough deal. China very much wants to make this deal. Tariffs are killing China,” Trump said.

Another major geopolitical issue on the radar next week is the escalating Hong Kong protests. In the latest development, Hong Kong court declined an injection to suspend the anti-mask law. The decision came after the city’s metro operator shut down all services late Friday following reports of a train being set on fire.

The most critical items on the agenda next week is Wednesday’s FOMC meeting minutes and Thursday’s U.S. inflation data.

“Markets should be looking at production price index, FOMC meeting minutes, [and CPI],” said Melek. “[CPI] gives us the idea where inflation is and the Fed’s primary role is just to keep prices disciplined,” he said.

Other U.S. macro data being released includes PPI and Redbook on Tuesday.

Technicals to keep an eye on

Going forward, a majority of analysts see prices gaining in the short-term. “We bounce higher from here. We can test $1,515-20 on the upside. Support is at around $1,480,” Melek pointed out.

For Blue Line Futures, the intermediate to long-term trend is higher for gold. “It was proven so with such a healthy recovery from Monday’s $1,465 low. At the same time, the bounce back is technically due to settle in, especially so after failing to hold major three-star resistance at 1513-1515.6 and 1527.5. In fact, our momentum indicator now aligns with that first level,” Blue Line Futures said in a note.