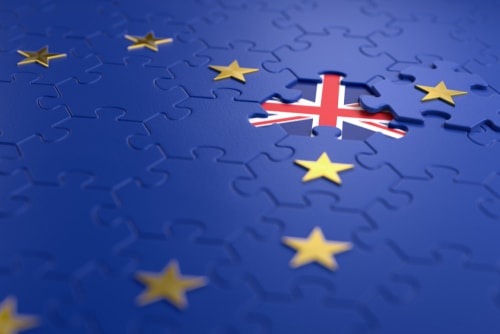 (Kitco News) There has been a significant boost in the number of investors entering the gold market as they hedge against the collapsing British pound amid Brexit drama this year, said Goldex CEO and founder Sylvia Carrasco.

“Brexit has been driving gold in pounds … Pound collapses every time there is news of no-deal Brexit. And gold goes up. Brexit’s no-deal scenario equals lower pound, which equals higher gold,” Carrasco said on Thursday.

The whole year was driven by Brexit drama, which has left the pound vulnerable. “There has been an increase in the number of customers who are looking at gold as an investment mechanism to protect against the pound. We’ve seen a rise not only in new customers but also in the amount being spent on gold,” noted Carrasco.

Since January, Goldex, which was founded in 2018 as a disruptor of the gold trading industry, saw a 500% increase in the number of customers and an average 71% rise in the amount of gold being bought.

“One way or another people are buying gold,” she added, highlighting an upward trajectory for gold prices going forward.

Brexit likely to be delayed by another 3-6 months

Even though Carrasco does not foresee a no-deal Brexit, she is also confident that reaching a deal with the EU will take more time. “Chances of a deal on October 17 are very slim … There hasn’t been sufficient promising conversation that there will be an agreement,” she described.

U.K. Prime Minister Boris Johnson is a very “controversial” and “unpredictable" figure, but the most likely outcome on October 31 is another extension, Goldex CEO added.

“There will be a deal … maybe in 3-6 months. Chances are that the U.K. will probably leave the EU with a deal. People are realizing the tremendous impact a no-deal could inflict,” she said.

Safeguarding the U.K. from the no-deal option is the Benn Act, which forces Johnson to ask EU for an extension if a deal is not reached by October 17 or have British parliament approve the no-deal Brexit scenario.

“I still think that no-deal Brexit on October 31 is not going to happen because the PM has to abide to the Benn law. That effectively shuts the door for a no-deal Brexit … unless Johnson finds a way to bypass the law,” Carrasco said.

Johnson has been using a no-deal threat as a way to inflict fear on the EU. “He’s playing poker, this is a poker game. He is saying he is all in for no-deal Brexit even though the law forbids him from doing so,” she pointed out.

Following a stellar 2019, next year is looking excellent for gold, according to Goldex CEO, who sees gold rising to $1,700 an ounce on slowing global economy and geopolitical tensions.

Also, as long as U.S. President Trump keeps up his trade policies, gold will keep climbing. “Trump is not only getting into a fight with China, but he is also going into a fight with the EU. That will only create a more expensive and uncertain scenario,” Carrasco said.