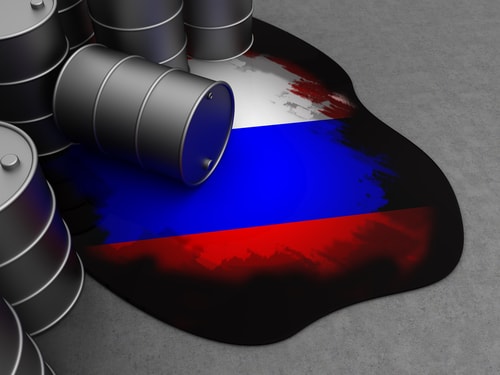 (Kitco News) One of the world’s top oil producers and exporters, Russia’s Rosneft, is ditching the U.S. dollar for euros when it comes to all future deals.

The change in the default currency for all new exports of crude oil and refined products is clearly visible in September’s tender documents published on Rosneft’s website.

The switch to euros is said to limit the company’s vulnerability to potential future sanctions by the U.S., Reuters reported on Thursday.

“Rosneft has recently adjusted all the new contracts for export supplies to euros. We’ve been notified,” a trader from a company that regularly buys from Rosneft told Reuters.

Three more traders confirmed that Rosneft has chosen the euro as the default currency going forward.

Since the benchmark oil prices are quoted in U.S. dollars, Rosneft is now asking traders to use Bloomberg’s euro/dollar exchange rate when calculating the final payment.

“Rosneft used to have the euro as one of the options, but since last month it’s the main option. We’ve been notified, but still, it’s a visible change,” one trader said.

The company’s move to embrace euros looks to be in response to the U.S. threats of imposing sanctions on the oil giant for its dealings with Venezuela.

Russia’s oil company has been involved in reselling Venezuela’s oil to Asian countries, which has allowed the Latin American country to bypass U.S. sanctions.

In July and the first half of August, Rosneft “became the biggest buyer of Venezuelan crude,” Reuters reported, citing trading sources and Refinitiv Eikon data. “It took 40% of state oil company PDVSA’s [Venezuelan state-owned oil and natural gas company] exports in July and 66% so far in August,” the media report said.