Gold prices near the $1,500 level are here to stay, says Westpac 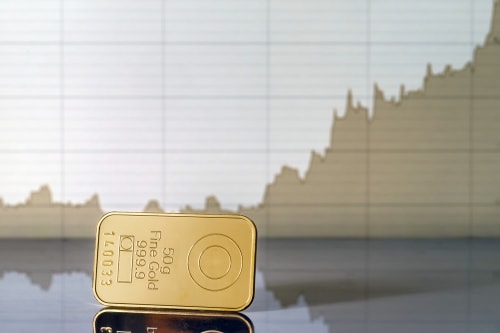 The Australian bank has revised its gold forecast up, projecting for the precious metal to end the year at around $1,510 and rising towards $1,520 in June of next year.

The overall trend for gold is to rise until the middle of next year, decline into year-end, and then rise again in 2021. Long-term, Westpac sees gold ending 2021 at $1,535.

Risk aversion has been a major driver for gold prices during the past few months, and it will remain a significant force for the precious metals in the year to come.

“Many are hopeful that an improvement in relations between the U.S. and China will emerge following the mid-October talks. We are sceptical, with both parties remaining diametrically opposed on key sticking points, including intellectual property. Meanwhile, a number of other geopolitical uncertainties continue to persist (Brexit, Trump impeachment calls, Hong Kong etc.),” according to Westpac.

Central banks lowering rates across the globe have created a very supportive environment for gold, said economists at Westpac.

“In September, the U.S. FOMC lowered interest rates and the ECB did the same while also restarting QE. On October 1, the RBA followed suit, lowering the cash rate by 25bps to 0.75%, a fresh historic low and the third easing this year. The RBNZ lowered rates back on August 7, down by 50bps to 1.0%,” the economists wrote.

“In the past week, market pricing for an October cut has moved closer to our view as analysts responded to downside surprises on key indicators suggesting that the U.S. economy is losing momentum. The global manufacturing recession appears to have spread to the U.S., the manufacturing ISM slumping to a decade low. There are also signs that this weakness is impacting the broader economy as evident by the non-manufacturing ISM moderating to a three-year low,” the economists pointed out.