NEW YORK (Reuters) - The ebb and flow of trade tensions between the United States and China has roiled financial markets for months, and with the December deadline for higher U.S. tariffs on Chinese goods approaching fast no asset class is immune to trade-related risks.

Markets’ sensitivity to trade headlines was on stark display this week.

The S&P 500 index .SPX fell 2% over the first two days of the week as the trade outlook darkened following a U.S. move to impose visa restrictions on Chinese government and Communist Party officials it believes responsible for the detention or abuse of Muslim minorities in Xinjiang province.

The benchmark stock index, however, reclaimed most of the lost ground over Wednesday and Thursday as Beijing and Washington’s continued willingness to talk supported hopes that the latest talks would yield at least a partial deal.

U.S. President Donald Trump said on Thursday he will meet with Chinese Vice Premier Liu He at the White House on Friday, the second of two-days of high-level U.S. China trade talks aimed at averting scheduled increases in U.S. tariffs on Chinese goods.

Chinese Vice Premier Liu He said China is willing to reach agreement with the United States on matters that both sides care about so as to prevent friction from leading to any further escalation, the state news agency Xinhua reported.

Despite assurances that both Washington and Beijing want a trade deal investors are acutely sensitive to the very real risk that the latest round of trade talks could end without a deal.

Equity investors in particular have been hyper-sensitive to every trade-related headline, boosting stocks on any sign of news that bodes well for a trade deal while pulling the market down on the first sign of bad news.

Any significant escalations of trade tensions have been followed by sharp pull-backs in U.S. stocks, as seen in May, when President said he would raise tariffs to 25 percent from 10 percent on $200 billion of Chinese imports. Currency markets have also been swayed by trade headlines. Increased trade tensions between Washington and Beijing have generally been supportive of the dollar as investors view the United States to be in better shape than its rivals to weather a trade war.

The dollar index .DXY which measures the greenback against six major currencies, is up nearly 3% for the year. It recently hit a 28-month high.

“It’s not that they are totally confident in the U.S. economy, it’s just that the U.S. dollar being a reserve currency gives them a bit of a safety advantage,” he said. 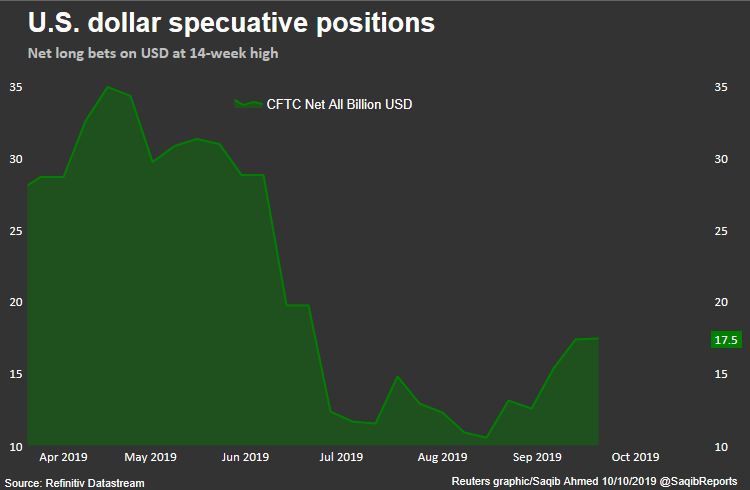 Traders in the equity options market are equally anxious and on the lookout for safety.

For S&P 500 options contracts expiring in December, put options, which are typically used for bearish bets, make up 14 of the top 20 largest blocks of open contracts, according to options analytics firm Trade Alert.

The put-to-call ratio, a measure of positioning sentiment is the most bearish in at been in at least 5 years, according to Trade Alert data.

“Even though we had a little bit of a pullback last week, they didn’t really take any of those hedges off, and so now they’re still ready and prepared for another big downturn if we get one,” he said.

“I think ultimately, a lot of this has to do with the trade talks with China.” 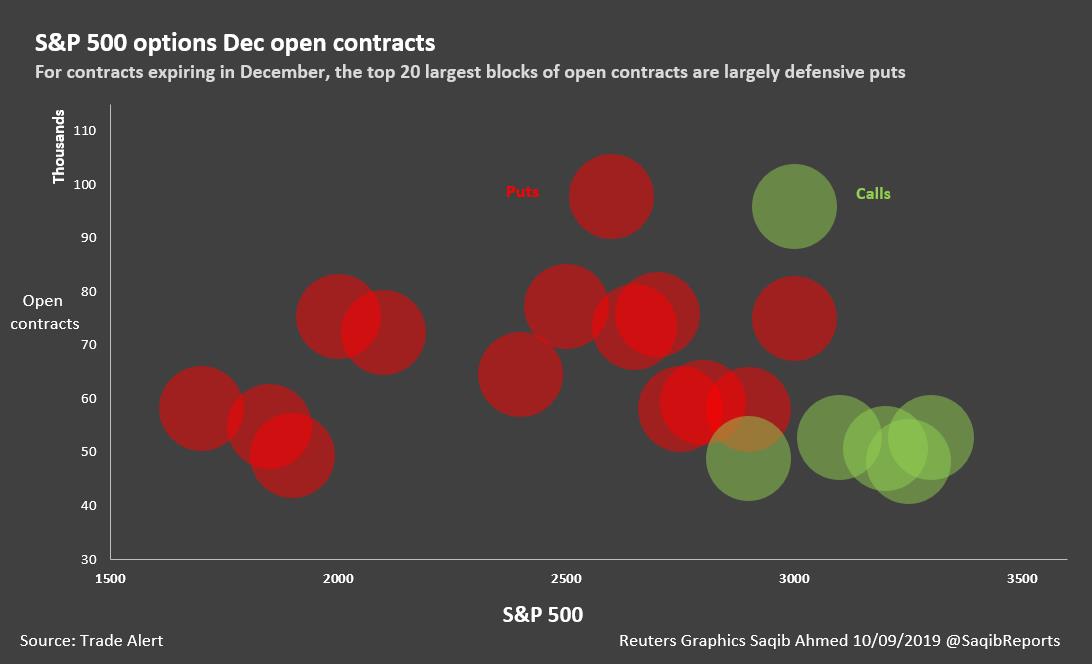