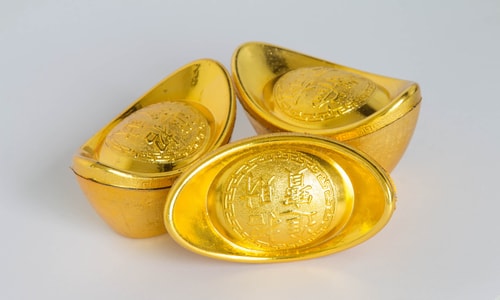 (Kitco News) China is currently the sixth-largest gold-holding nation in the world, according to official statistics, but the reality could be much different as data out of the country is skewed to the downside, said Wells Fargo.

Considering that China is the top gold consumer and gold producer in the world, as well as the world’s second-largest economy, it could own more gold than is shown by the People's Bank of China statistics, wrote Wells Fargo head of real asset strategy John LaForge.

“Don’t let the official statistics fool you,” said LaForge. “China and Chinese citizens are quite keen to hold gold.”

The latest official data revealed that China added 106 tonnes of gold to its official reserves in 2019, increasing the total gold reserves to 1,948 tonnes.

“This makes China the sixth largest gold-holding country in the world,” stated LaForge. “Some investors believe that this is a tad underwhelming, considering that China is the world’s second-largest economy.”

China’s real gold holdings are still a mystery to the precious metals market, but what is the most likely scenario is that China owns more than what is being reported, added LaForge.

“China produces a lot of economic data … At any given time, we can track the broadest of economic numbers, such as gross domestic product (GDP)—or very specific categories, such as copper imports, semiconductors, or door knobs … Gold holdings, however, are one component of economic data that can be hard to come by and can be confusing. China, and Chinese citizens, likely hold more gold than official numbers would indicate,” he explained. 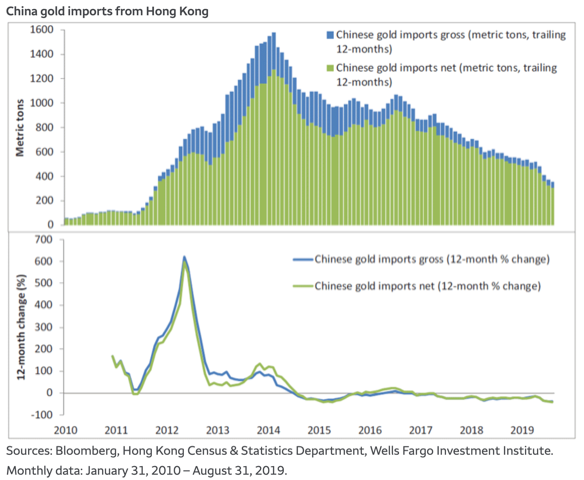 China and its citizens like to hold gold as an investment, and import data from Hong Kong to Mainland China corroborate this trend, according to Wells Fargo.