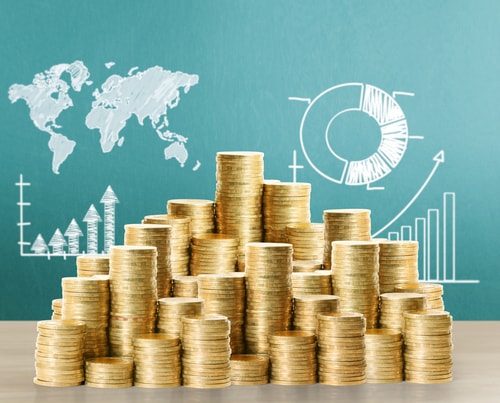 (Kitco News) Investors are waiting for another big upside move in gold with the Federal Reserve meeting just around the corner and still plenty of geopolitical uncertainties keeping the precious metal prices supported, according to analysts.

The U.S. macro data are crucial for next week as they will determine how dovish or hawkish the Federal Reserve is going to be on October 30.

"Moving forward, the focus will be on the data as we head into the October rate cut. We are still calling for a cut at the October meeting," TD Securities commodity strategist Ryan McKay told Kitco News on Friday. "Gold could have a bias towards the upside. But, for now, we won't get anything above $1,500 because I am not convinced that Powell is willing to signal for more cuts into 2020 just yet."

The macro releases to pay attention to next week include the U.S. durable goods and Markit manufacturing PMI figures — both being released on Thursday. Other datasets not to miss are Tuesday's U.S. existing home sales, Thursday's new home sales, and Wednesday's house price index.

"I don't feel like gold has enough juice to get us back to $1,550 and beyond unless we see more soft economic data. There needs to be a break from the norm for real direction," said RJO Futures senior market strategist Josh Graves. "However, there are enough of these big-picture themes to at least keep gold up in the high $1,400s and low $1,500s range."

There is a lot of volume and psychological resistance at $1,500, but the overall trend line for gold is much higher at $1,550, said Blue Line Futures president Bill Baruch.

"Right now, everything seems quiet. That does leave the door open for some sourness. The fact that gold has been holding ground extremely well on the bottom side is what allows it to accelerate higher as soon as we get some bad news. I like to be long gold from $1,450," Baruch said.

Analysts are in a general agreement that gold will continue to trade range-bound and remain near the $1,500 level.

"Gold will move up towards $1,500 next week … There are enough worries for the international trader to bargain hunt if gold sells off more," RBC Wealth Management managing director George Gero told Kitco News on Friday. "We are going to see bigger hints from the Fed as to what they are going to do with rates. I think the Fed will continue trying to ease somewhat because of the IMF global warning and weak retail sales in the U.S."

The Federal Reserve remains divided as to future policy easing despite market projections of a 91% chance of a rate cut at the next monetary policy meeting, according to the CME FedWatch Tool.

On Friday, Dallas Federal Reserve President Robert Kaplan said the Fed is not embracing a "full-fledged rate-cutting cycle" despite seeing a global slowdown.

"We … took action in July and took action in September. I don't view this as starting a full-fledged rate-cutting cycle ... But it is appropriate to adjust the stance of monetary policy in a more limited, restrained way," Kaplan said.

At the same time, Minneapolis Fed President Neel Kashkari said on Friday that he supports further easing, stating that monetary policy should be "somewhat accommodative" due to economic risks.

The big news on the global economic front this week were the numbers out of China, showing that the Chinese economy grew only by 6% on an annual basis — the lowest in nearly three decades.

But, economists quickly chimed in, saying that not everything was doom and gloom for China. "Although overall economic growth was lower, some of the industrial numbers were better," said BMO Capital Markets managing director of commodities research Colin Hamilton.

China's industrial production in September was reported up 5.8% on an annual basis versus the expected rise of 4.9%.

"There will be some rethinking of Chinese GDP at 6% next week. They are saying it is the slowest growth in 30 years, but if the Western world had 6% they would be jumping up and down," said Gero.

The risk-on sentiment was keeping gold bulls on the sidelines towards the end of this week on news of a Brexit deal and the U.S.-China Phase 1 trade deal progress.

However, analysts warned not to get caught up in this sunny outlook too much, as a lot of things can still go wrongs.

The U.K. Parliament will vote on Saturday on whether or not to ratify the Brexit agreement. In order to get the deal passed, British Prime Minister Boris Johnson will need at least 318 votes in favor, which is looking like a tough bargain.

Johnson does not have the majority in parliament and the opposition parties, along with the Democrat Unionist Party (DUP) from Northern Ireland, are likely to vote against the deal.

When it comes to the U.S.-China Phase 1 trade deal, the market might have been getting a more upbeat picture than the reality, added Graves.

"There's been a lot of inconsistencies between both sides. It seems that the administration is painting a very rosy picture of this deal, but then you don't see a lot of followthrough from the other side. That is at least driving investors to have pause here," Graves said. "Investors are bracing for a fairly significant move in gold over the next couple of weeks based on the fact that there is still haven't been any data or meaningful steps to put this on paper."

Another big item on the agenda next week is the European Central Bank (ECB) meeting on Thursday, which will be the ECB president Mario Draghi's last meeting before ending his eight-year term and passing on the reigns over to IMF chief Christine Lagarde.

The deposit facility rate is expected to remain at negative 0.5% as the September easing package is yet to be implemented, with the market reaction projected to be fairly muted.

Canadian investors will also be carefully eyeing the results of the federal election taking place on Monday, with minority government looking more and more likely.