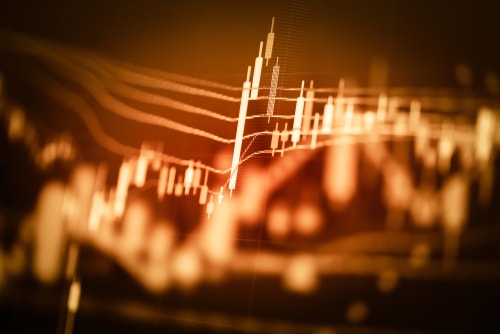 (Kitco News) Determining gold's fair price is a very difficult task, according to the Australia and New Zealand Banking Group (ANZ), which has decided to take on the challenge in its latest report.

Based on gold's primary drivers — interest rates, inflation and the USD — Melbourne-based multinational bank determined that gold's fair value is around $1,400 an ounce, which is $100 below the current price levels.

"We looked at all the traditional factors and compared their relative valuation against gold to determine whether it is over- or under-valued. We found that gold is primarily driven by interest rates, inflation expectations and the USD," wrote ANZ senior commodity strategist Daniel Hynes and commodity strategist Soni Kumari. "Based on current prices, our model shows gold's current fair value is around USD1,400/oz."

But, gold bugs should not despair. A drop in gold to $1,400 could eventually boost the precious metals all the way up to $1,700 an ounce in just six months, concluded ANZ.

"Our model also suggests prices could breach USD1,700/oz over the next six months. This offers opportunities for consumers, producers and investors. A pullback to fair value, in the short term, could present an opportunity for increasing exposure to the metal," Hynes and Kumari said. "With solid fundamentals, gold remains a good prospect for portfolio diversification." 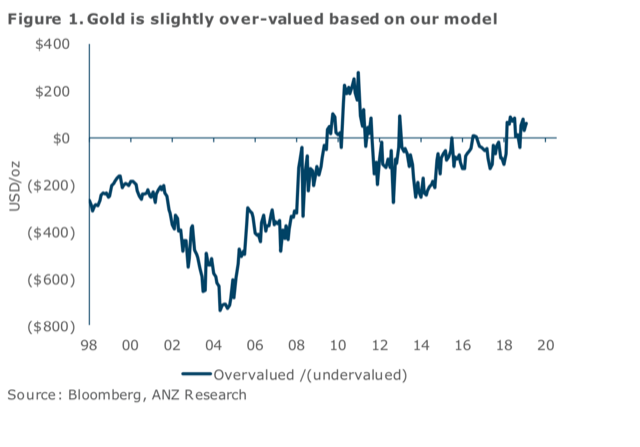 In terms of the future direction of the U.S. monetary policy, ANZ said that it expects one more rate cut this year, followed by a pause in 2020.

"This view is predicated on the U.S. coming through its mid-cycle slowdown and that the trade dispute with China will not escalate further and affecting growth," the strategists said.

The bank also sees inflation undershooting the Fed's 2% target for an extended period.

"Combined with some stabilization in the DXY, this could see gold's fair value climb above USD1,700/oz over the next six months," Hynes and Kumari said.

"We used the yield of 30-year bond in our calculations. To help mirror the impact of the USD, we included a USD factor using a regression model in our algorithm," the strategists said. "According to our model, our valuation for gold is USD1,410/oz, based on spot prices as of 18 October. In September 2019, on average gold traded at a premium of USD90/oz to our model valuation. This premium has been in place since October 2018, when gold prices were trading around USD1,200/oz before the currently rally to over USD1,500/oz."

Prior to 2000, gold was undervalued, only catching up to its fair value during the financial crisis of 2008.

ANZ also noted that gold would be trading much higher if the U.S. money supply would be backed by gold.

"The widening gap between spot gold prices and the derived gold price (money supply/total gold reserve since 1963) suggests gold is currently undervalued," Hynes and Kumari wrote. "Gold could trade above USD25k/oz, if the U.S. M2 supply were backed by gold."