What happens to the gold price when Fed cuts rates next week? 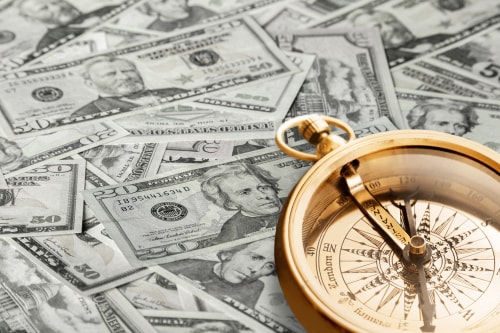 (Kitco News) With the Federal Reserve rate cut already priced in for next week, what will actually happen to the gold price once the central bank cuts for the third time this year?

Analysts sounded positive as gold’s new technical momentum took prices temporarily to $1,520 an ounce, hitting a two-week high. Since then, prices retreated, but not below the key psychological $1,500 an ounce level.

“You have demand now from momentum traders. We have options expirations on Monday on the Comex. I talk about the fact that price makes the news. Prices got the attention of global traders. We are going to lose a lot of open interest from short-covering,” RBC Wealth Management managing director George Gero told Kitco News on Friday.

Chart-based buying was giving prices a boost, Kitco’s senior technical analyst Jim Wyckoff pointed out. “Both gold and silver have seen their near-term technical postures improve markedly this week--near-term price downtrends on the daily charts were negated, which is inviting chart-based buyers into the markets,” Wyckoff said.

Also, weaker economic data has helped gold move above $1,500 an ounce as traders were starting to price in more cuts as they worried about slower economic growth.

“We bounced off $1,480 level, which has been a bit the support recently. We continue to see weaker economic data from the U.S. in particular and that has helped strengthen the case for a cut next week,” said TD Securities commodity strategist Ryan McKay.

“The market could not go lower. The profile was exhausted to the downside and the bears could not do anything. We are seeing moves above technical levels that are gathering additional tailwinds,” Baruch said. “I’ve been upbeat on longer-term gold. Earlier this week, we’ve gone bullish in the near-term as well.”

It is advisable to get a bit more defensive in your portfolio, said RJO Futures senior market strategist Phillip Streible.

“Fresh weak economic data is really increasing expectations that the Fed is going to do that cut next week. Weaker durable goods versus expectations for the second month in a row got traders scratching their heads about the health of the economy,” Streible said. “We also saw weaker data come out of tech stocks, which is a big growth sector. Those kinds of concerns really got people slightly worried.”

Now, many are eyeing the $1,525 level as the key resistance that the yellow metal needs to break to move significantly higher.

“Gold has to get above $1,525 and then we can clear the way. If we can close the month anywhere near $1,550, those expectations of the $1,600 year-end target actually have a chance,” Streible said.

The Fed might disappoint with a more hawkish tone

The Federal Reserve announcement on Wednesday is the key event to watch next week, according to analysts, who are cautious that the market might be expecting an unrealistically dovish tone from the central bank’s Chair Jerome Powell.

“In the last couple days — the hawkish Pence speech and the weaker U.S. data — markets are getting more convinced that Powell will strike a dovish tone at the next meeting,” said McKay. “But, this might be a little premature. We are skeptical that Powell is going to signal more cuts after a cut next week. The Fed is likely to put rate cuts on pause for at least near-term to assess the impact of the potential three cuts they do this year.”

Lack of dovishness from Powell could weigh on gold next week as markets are disappointed, McKay added.

Also, the Fed’s rate cut has largely been priced in by the gold market, which means any hawkish hints could push gold lower, Baruch pointed out.

“What matters is the narrative they speak of and how they plan on moving forward. So it’s not so much the cut but future cuts. Will they be as dovish as the markets are anticipating?” he Baruch. “Also, don’t underestimate Brexit and the U.S.-China talks.”

At the time of writing, the markets were estimating a 93.5% chance of a 25-basis-point cut, according to the CME FedWatch Tool.

Some key macro releases next week include Friday’s U.S. employment report, which is estimated to show that an additional 90,000 jobs have been created in October.

Another important dataset will be the preliminary Q3 GDP figure on Wednesday, which is projected to come in at 1.7%.

Other items to keep a close eye on are CB consumer confidence report and U.S. pending home sales on Tuesday, as well as, personal spending on Thursday and ISM manufacturing PMI on Friday.