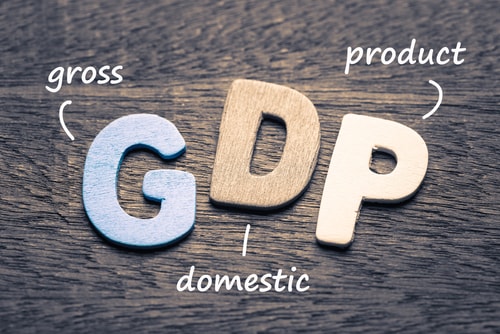 The preliminary estimate of the third-quarter gross domestic product showed that the U.S. economy grew at an annual rate of 1.9% versus the expected 1.6%. Despite beating expectations, growth was still slower than the 2% advance reported in Q2.

Gold almost lost all of its daily gains following the GDP release with December Comex gold futures last trading at $1,493.60, up 0.19% on the day. Prior to the release, gold was trading just under the $1,500 level.

On the inflation front, the PCE index rose just 1.4% in Q3 compared to an increase of 2.2% in Q2. Core PCE, which strips out volatile food and energy prices and is the Federal Reserve’s preferred inflation metrics, was up 2.2% compared to 1.9% posted in the prior quarter. The core measure was above analysts’ expectations of 2.1%.

“It may have slowed, but the U.S. economy is still right where it was supposed to be, with the third quarter's pace running close to what is thought to be its non-inflationary potential, and core PCE prices picking up to a bit about the Fed's target on a quarter over quarter basis. The 1.9% growth rate was a couple of ticks better than expected, and essentially unchanged from the prior quarter,” Shenfeld said. “Overall, really not a dramatic change in the picture from Q2, or relative to the consensus.”