Where will gold prices settle after Fed cuts rates again? 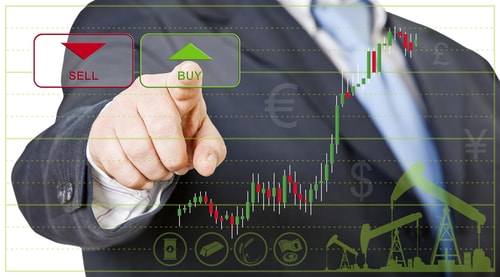 (Kitco News) The Federal Reserve could still surprise the markets with a fourth 25bps cut in December, helping boost gold prices to $1,510 an ounce in Q4, according to Standard Chartered.

Light positioning ahead of the October meeting could help gold move above the $1,500 an ounce level, Cooper said. On top of that, come December, the Fed can still cut one more time before pausing, she added.

“If we look at positioning coming up through the October FOMC meeting, it has been much lighter if we compare it to the July FOMC meeting or the September FOMC meeting. So, there is scope for applied risk, but the October cut has been widely expected by the markets. So, it is most likely that much of that risk has been already priced in and we think gold is really searching for a new catalyst before it makes its push higher,” Cooper said.

Standard Chartered’s Fed projections include a 25bps cut in October and another 25bps cut in December. Afterward, the bank sees the Fed pausing through 2020.

"It is likely to be later on this year where we see gold prices really finding their footing above $1,500 level,” Cooper said.

Next year, the outlook for gold is even brighter with Copper pointing to gold averaging at $1,570 level in Q4 2020.

Next year’s key driver for gold will remain real yields with weakness in the yield curve supporting prices above the key $1,500 an ounce level.

“If we look at the key driver for the gold market for much of this year, it’s really been tracking real yields very closely. That correlation on a three-month rolling basis has been as high as 80%,” Cooper said. “Our outlook for 10-year yields is for rates to remain broadly range-bound and then start to weaken towards the end of the H2 of next year. Given that this correlation is the strongest for gold at the moment, we think it will be the yield curve that will help support gold prices next year.”

Last year, gold’s key driver was the U.S. dollar. But, trade tensions have turned the dollar into a safe-haven currency that is benefitting from the flight to safety, which is why the U.S. dollar strength hasn’t weighed on gold prices this year, she added.

One of the downside risks facing gold in 2020 is weaker physical demand, as consumers in India and China struggle to cope with higher gold prices and rising taxes on the yellow metal.

It will take time for the physical side of the equation to recover, she said. “If we look at a longer-term trend going back to 2009-2010, at that point it seemed that it would take the Indian market awhile to accept prices at higher levels, but the market did eventually realign its price expectation. Over the longer-term, we see demand recovering.”