No end to palladium’s good fortune 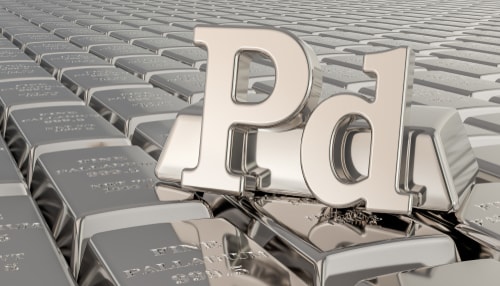 Not enough supply and rising demand are bound to keep palladium rallying next year with prices touching above the $1,800 an ounce level for the first time ever this week.

“Looking into 2020, gold still remains a standout across the precious metals complex. But, from a fundamental point of view, palladium has the most constructive outlook,” Standard Chartered Precious Metals Research executive director Suki Cooper told Kitco News on Tuesday.

“ETF holders continue to take profits. Liquidity is still something of an issue and we continue to expect volatility in the forwards,” said INTL FCStone head of Market Analysis for the EMEA and Asia regions Rhona O’Connell.

The market deficit is one of the main drivers pushing palladium prices higher, noted Cooper. “Palladium has been in deficit for the past seven years and we are forecasting a deficit in 2020 and 2021. The market is structurally undersupplied,” Cooper said.

The precious metal is widely used in catalytic converters by the car industry.

The power of the supply glut becomes clear when looked at in relation to the slowing U.S. and China auto sales, Cooper added. “It is a testament to how tight the market is — despite growth on the supply side and slowing on demand side, there is still an underlying appetite to buy palladium,” she said.

Palladium could breach $2,000 next year, but investors need to be prepared for very volatile trading patterns, said BMO head of base and precious metals derivatives trading Tai Wong.

“There’s just a persistent, continuing shortage of the metal … The sharp rally does suggest a correction at some stage but the outlook is robust. Palladium could even hit $2,000 next year; perhaps even higher, but the path is unlikely to be smooth,” Wong said.

News reports that U.S. and China could be striking the ‘Phase 1’ trade deal soon is also boosting the outlook for the precious metal.

“You have better sentiment in the industrial metals complex. That … helps,” said TD Securities commodities strategist Ryan McKay. “[But,] tightness in the palladium market continues to be the main driver.”

The production of palladium is concentrated in a few places, said IMF in its latest report published in October. “Russia and South Africa account for three-quarters of global palladium production,”

The industrial outlook is also in favor of higher palladium prices as the market has not embraced substituting palladium with a cheaper metal as of yet, added Cooper. “We haven’t seen a major move in terms of substitution of palladium towards platinum,” she said.

Industrial demand is also projected to rise as palladium could be used as a substitute for the more expensive rhodium, Cooper highlighted.

“It is worth noting that with rhodium prices trading above $5,000 an ounce … if there is any appetite to substitute rhodium in favor of palladium … the picture looks very strong for the palladium market,” she explained. “Rhodium is used to reduce nitrogen oxide emissions and only palladium and rhodium can do this.”