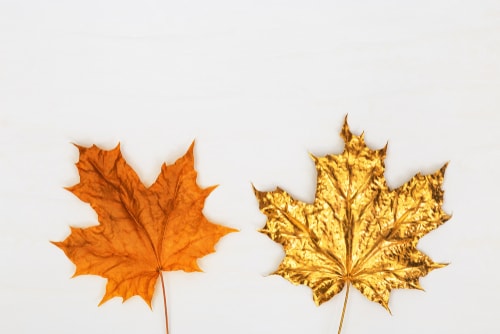 (Kitco News) Gold is keeping its head above the key $1,500 an ounce level despite the Federal Reserve's signal to pause its rate cuts, backed by stronger U.S. economic data. For gold, this could mean the metal is ready for the next spark, according to analysts.

The precious metal's price action has been somewhat surprising this week with gold managing to trade well above $1,500 an ounce as Fed proceeded with its widely expected "hawkish cut."

After Fed chair Jerome Powell said the Fed is not ready to cut or hike anytime soon, gold prices steadied and began to gain strength.

Powell laid out a helpful equation for the market — the monetary policy will "remain appropriate" unless there is "a material re-assessment" of Fed's outlook; the Fed will not ready to hike unless there is "a significant move up in inflation."

On top of that, the gold market received better-than-expected U.S. GDP data of 1.9% in Q3 and surprisingly strong employment data of 128,000 new jobs added in October.

"Price action has been a bit surprising given the Fed signaled that it will likely be on pause. The jobs number today strengthened that outlook," TD Securities commodity strategist Ryan McKay told Kitco News on Friday. "The market was grabbing onto Powell's comments that the bar to cut more is high, while the bar to increase rates is even higher. Powell seemed to leave the optionality open for additional cuts into 2020."

The gold sector is optimistic that the market could still get weaker data in early 2020, "which is entirely possible," noted McKay.

"China is rolling out a crypto coin backed by gold, and the dollar is toast," says Max Keiser, host of the Keiser Reporthttps://t.co/zdExpfcFVu@DanielaCambone @maxkeiser #gold #bitcoin #KeiserReport #KitcoNews

At the time of writing, December gold futures were trading $1,513.10, down 0.11% on the day after recovering from daily lows.

"We had a good run and gold is still digesting it," said SIA Wealth Management chief market strategist Colin Cieszynski. "The fear side is fading. But, the monetary side is still there — the European asset purchases start today, the Fed cut interest rates this week and nobody is talking about raising rates. If anything, more people might cut."

With the Fed decision and major U.S. economic data out of the way, what's the gold outlook like for November?

Analysts are slightly cautious in the short-term, suggesting that gold is unlikely to make any significant moves unless there is a big geopolitical spark.

Current trading conditions "provide a stronger floor," and investors could choose to wait and see what the data has to say, McKay said.

Gold could end up just sitting around the $1,500 level for next week, noted Cieszynski. "We are in this mushy middle. There is not enough to propel gold in one direction or another and it will probably just trend sideways."

"Gold will probably struggle to make gains. It could be well into next year before we see another rate cut," Butler said. "We do not see a big surge of buying unless we get some developments on the political scene. We have a number of potentially supportive factors from the ongoing impeachment saga through to the U.S.-China trade war, which doesn't seem to be abating anytime soon."

The focus next week will be on geopolitics and U.S. domestic headlines. "The gold bulls need a fundamental spark that will prompt keener risk aversion that will push them to buy more gold. While there are no major geopolitical fires burning at present, they can spring up quickly," said Kitco's senior technical analyst Jim Wyckoff.

Progress around the U.S.-China' Phase 1' deal or lack thereof will be on the front burner for the next month, said Butler.

"In this respect, the picture still remains pretty unclear," Butler said. "U.S. equities fell from record highs Thursday after fresh concerns emerged over the likelihood of a trade deal with China, a factor that could continue to support gold."

"The U.S. dollar will be key to gold's performance - the greenback may continue to lose ground and benefit gold if the trend for weaker economic data … Similarly, progress in the Brexit drama may continue to see sterling and the euro make gains against gold, but it is not hard to imagine the opposite scenarios also holding true with a shift in the vagaries of British electoral politics," he said.

Kitco's Wyckoff also highlighted the U.S. dollar as the key driver to watch for next week. "Precious metals traders will also be watching the value of the U.S. dollar. If the dollar sees some significant depreciation, the metals would likely see some upside price action," he said.

The mother of all recessions may strike, and this is what you need to know to prepare, says Gerald Celente, publisher of The Trends Journalhttps://t.co/ES5nnWwRcM@DanielaCambone @geraldcelente #gold #economy #recession #Fed #KitcoNews

Gold's ranges and key data for next week

Next week will be a much lighter week data-wise. Some of the important releases for gold will be Monday's factory orders, Tuesday's ISM Non-Manufacturing and Markit Composite PMI, and Thursday's initial jobless claims numbers.

"Moving into next week, factory orders will be a big event given that we are in a fairly data-dependent environment for gold," McKay said.

Wyckoff said that gold bulls' next upside price objective is a close above $1,525 and bears' downside objective is pushing prices below $1,465.

When asked about year-end ranges, analysts answered with quite optimistic outlooks, with TD Securities seeing gold end the year at $1,525 and Mitsubishi highlighting a broader range of $1,500-$1,550. "For that to happen, we'll need continuing of support of geopolitical factors and some feeling that we might get rate cuts," added Butler.