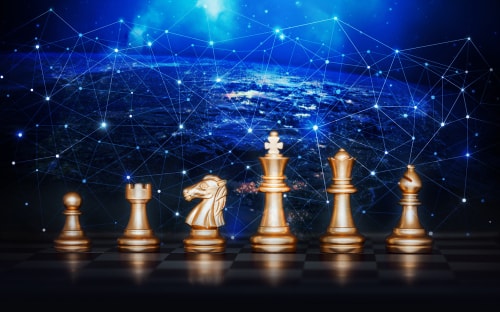 The third quarter saw prices reach $1,546 an ounce in September — the highest level in six-and-a-half years.

“Renewed economic concerns, geopolitical tensions as well as rising threat to the global trade outlook amidst the prolonged trade disputes between the United States and its major trade partners all contributed to this hike in value, said Refinitiv director of Precious Metals Research Cameron Alexander.

“A visible shift among the world’s key central banks towards a more accommodative monetary policy this year has seen investors flee back to safety, making gold shine even brighter,” Alexander noted.

Increased interest from investors was evident in the Gold Exchange Traded Products (ETPs), which saw a rise of 350 tonnes in the first nine months of 2019.

“The bulk of purchases [took] place in the third quarter when global holdings jumped by 247 tonnes,” Refinitiv said in its report. “To put this in context, holdings at the end of September were up by 21% year-on-year and were just a bit shy of their record level of some 2,700 tonnes seen back in 2012.”

On top of that, the managed money positions on COMEX hit a record high of 908 tonnes during the last week of September. “[This] represented an increase of 194 tonnes or 27% over the third quarter,” the report highlighted.

Global jewelry fabrication dropped 26% in Q3, driven by lackluster Indian demand, which was down 60% as gold in rupee terms hit record highs. “[High gold prices made] gold items unaffordable for many consumers,” the report stated.

Retail investment was down 25% in Q3 as physical bar investment and coin fabrication plunged.

“The sharp drop in physical bar investment was driven by Asia, where demand contracted by a third during the July-September period; this was partly offset by an uptick in demand from Europe and North America, where mounting economic concerns and improving gold price outlook saw renewed investor interest,” Refinitiv pointed out.

Gold demand from global central banks has also slowed to 119 tonnes in Q3, the report added, citing “moderate level of gross purchases as a result of higher gold prices.” But, net purchases from central banks year-to-date were at over 470 tonnes, which was still 26% higher than in 2018.

In contrast, global gold supply was up by 3% at 2,516 tonnes during the first nine months of 2019 when compared to the same time last year, Refinitiv said in its GFMS Gold Survey.

“Gold mine supply has surpassed previous expectations, mainly due to strong performances in Russian and United States’ operations offsetting losses reported in Australia and South Africa,” the report said. “Total global production is estimated to break a new record in 2019 of between 3,380 and 3,390 tonnes, a considerable increase from the 3,332 tonnes reported in 2018.”

Higher gold prices helped renew interest in gold mining as higher capital expenditures boosted the number of feasibility reports and project explorations. “This suggests there is currently a good mood for investing in gold, which is expected to persist for some time,” the report added.

Going forward, gold will continue to benefit from global economic concerns and political tensions, according to the report.

“The outlook for gold remains quite supportive and will continue to benefit from ongoing global economic and political tensions, particularly should we see a further escalation of the U.S.-China trade conflict, fears of an economic downturn and central banks embarking upon more aggressive monetary measures,” said Alexander.

Even though Refinitiv is projecting downward pressure on prices in 2020 and 2021, it does not rule out a move above $1,650 in the future.