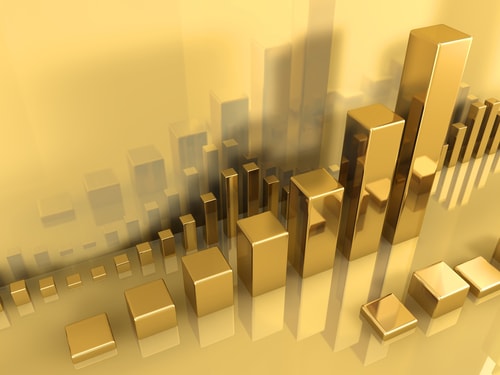 (Kitco News) A U.S. economic slowdown could trigger an equities sell-off into the year-end, boosting gold prices higher on a renewed flight to safety, according to Orchid Research.

“A sell-off in equities by year-end is likely,” Orchid Research wrote in a Seeking Alpha post on Tuesday. “In such a scenario, we would expect a significant increase in safe-haven demand for gold (i.e., flight to quality) and a material increase in speculative demand for gold, triggered by a decline in the dollar and U.S. real rates. This would push gold spot prices strongly higher.”

This is based on the view that the Federal Reserve’s decision to signal a pause after another 25bps cut in October will only make things worse, Orchid Research said.

“Because we are in the late phase of the U.S. economic cycle, an inertial Fed will only hasten the deterioration in economic conditions, resulting in a supportive environment for safe-haven assets, especially gold,” the post said.

The market is looking at the Fed’s upcoming pause as a temporary one that will be followed by more cuts, added Orchid Research.

“This hawkish guidance appears to have been overlooked by market participants, as the Fed funds futures market continues to price in a rate of 1.25% by the end of next year,” Orchid Research said. “The fact that market participants believe strongly that the Fed is making a policy mistake explains the absence of upward pressure in the dollar and U.S. real rates.”

At the end of the day, a hawkish Fed amid slower economic growth could be a recipe for a significant risk sell-off and higher gold prices, the post pointed out.

“We believe that the Fed is playing a dangerous game because the hawkish forward guidance in the face of a marked deterioration in U.S. economic conditions could trigger a risk sell-off. This fragile macro environment comforts our bullish [gold] view,” Orchid Research said.