LONDON/SEOUL (Reuters) - Oil prices fell on Wednesday, pulled down by a larger-than-expected build in U.S. crude stocks and weak euro zone economic figures, after gaining for three sessions on expectations of an easing in U.S.-China trade tensions.

Russian Energy Minister Alexander Novak said the current oil price of more than $60 per barrel shows that markets are stable.

The prices were pressured as U.S. crude inventories rose by 4.3 million barrels in the week ended Nov. 1 to 440.5 million barrels, the American Petroleum Institute said on Tuesday. That was nearly triple analysts’ forecast for an increase of 1.5 million barrels.

Official data from the U.S. government’s Energy Information Administration is due later on Wednesday.

“Oil prices are slightly under pressure following API’s larger-than-expected crude build on Tuesday. Market participants will closely monitor if the build is confirmed by the EIA later today, considering that last week API had a crude draw and the EIA a crude build,” said Giovanni Staunovo, oil analyst for UBS.

The United States and China, the world’s two biggest oil consumers, are working to narrow their differences enough to sign a “phase one” trade deal as early as this month to resolve a trade war that has slowed global growth.

The International Monetary Fund (IMF) said euro zone economic growth is set to slow more than expected as the bloc’s manufacturing crisis could spill over to the larger services sector under global trade tensions. 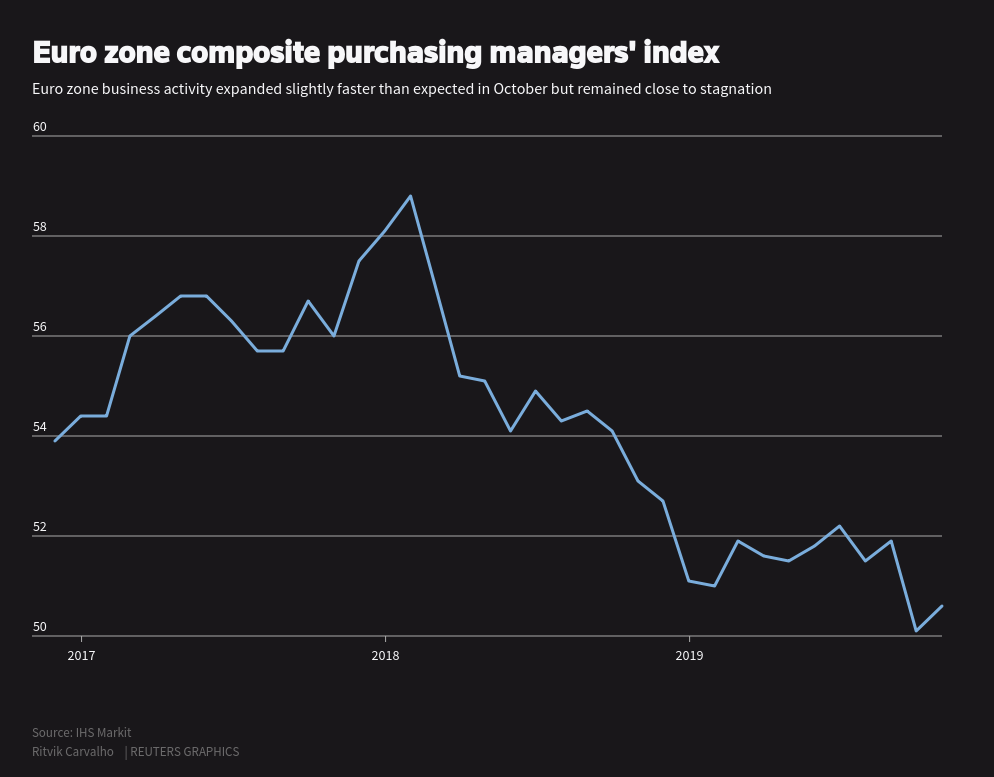 Adding to Middle East tensions, Iran started to inject uranium gas into centrifuges at an underground nuclear facility, further distancing itself from a 2015 nuclear deal between Tehran and world powers.

“Alongside the continued rolling back of its nuclear commitments, the OPEC nation may be tempted to cause further supply disruptions in the Middle East in a bid to drive up prices,” PVM analyst Stephen Brennock said.

“Accordingly, conditions are ripe for tensions in the region to escalate and for the geopolitical risk premium to strike back with a vengeance.”

Reporting by Bozorgmehr Sharafedin in London and Jane Chung in Seoul; Editing by Dale Hudson and Louise Heavens