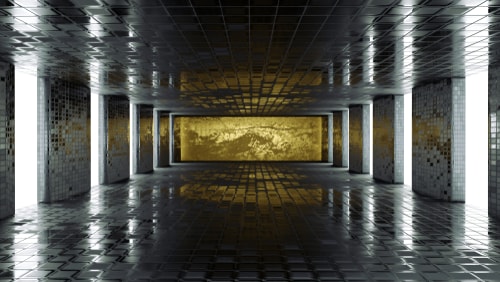 The yellow metal managed to recover most of Friday’s losses as U.S. President Donald Trump told reporters that he did not agree on rolling back tariffs on Chinese goods. The comment went against the rallying U.S. stock market and Thursday's reports that both countries agreed to cancel tariffs once the 'phase one' trade deal was signed.

"Gold has been rather expensive vs. current market expectations for a Fed cut (or hike…) and explains away some of the unwind in gold this week, that aligned with a respected technical break and positive trade headlines," said Scotiabank commodity strategist Nicky Shiels. "The $1,450 level is a key floor that was instated when the Fed first cut rates on July 31 and should provide support."

As of Friday afternoon, gold prices were still down around 3% on the week with December Comex gold futures last trading at 1,463.20, up 0.22% on the day.

One risk event that could significantly boost gold prices in the short-term is the 'phase one' deal delay. "The largest threat to the reflation trade (and for higher Gold) is if the December signing summit is further delayed (or even canceled), which would reverse all bond/Gold losses this week," Shiels said.

Overall, the case for holding gold remains intact with the U.S.-China trade talks being as unpredictable as ever, she added.

"The contradicting statements from the U.S./White House, which is likely to continue, solidifies the unpredictable nature of U.S. politics and trade, increases uncertainty and is ultimately supportive macro volatility (and thus gold)," she told Kitco News. "Gold is edging closer into buy territory, as we believe a phase one trade deal merely substantiates a less bullish trajectory. Structural reasons to hold gold into a late-cycle and into a U.S. election year still remain."

Next week is filled with potential price movers for gold as markets continue to eye the unreliable trade headlines.

Other key events include Federal Reserve Chair Jerome Powell's testimony on the economy before Congress on November 13 and Trump's speech at the Economic Club of New York on November 12.

"Powell's testimony will be very closely watched in terms of whether he reveals any signs that the Fed intends to keep rates on hold or not. Everyone is going to get something from it. But, with these sorts of testimonies, everyone tends to hang on to certain words or phrases that justify their view and in that sense, it might be a set of mixed messages," Butler said. "More likely that we hear some conditional comments about keeping rates on hold. Having three U.S. rate cuts in the row, it is very unlikely that we are going to see another rate cut in the near future."

"That's all this is about for gold. The 10- and the 2-year yields have made significant strides. Rising yields are not a good situation for gold and that's what we've seen play out in the last few days at the start of November," Vecchio told Kitco News. "Until the 10-year reversal course, we won't like what gold is doing. Gold could see losses all the way down to $1,420 over the coming weeks before we see significant support coming into play."

A move below $1,450 could trigger another wave of selling

The $1,450 level is a crucial support point for gold and a move below it could open the floodgates to more selling, said McKay.

"We saw a lot of longs entering the $1,425-$1,450 region. Right now, we are on the brink of potentially another wave of downside here if risk markets keep up," he said. "The average position sizing per trader has been well above average and what we are seeing is a shakeout of that length and some shorts being added onto the downside momentum. Looking at towards next week, we are more biased to say range-bound to slightly lower."

"When we first got above $1,450 this summer, it was a significant line of resistance on the way up. On the way down, it will also be a significant level of support," he said.

But, a move below $1,450 could trigger a drop towards $1,400 for the yellow metal, Butler highlighted. "Whether we get this low will depend on the macro outlook," he said.

Eyes on inflation, retail next week

Inflation will be one of the more important reports considering the Fed's latest comments that it won't consider raising rates until inflation "significantly" improves.

"We are expecting core inflation to be broadly unchanged. There has been a bit of acceleration over the past few months, but no sign that we'll see a significant rise as far as the Fed is concerned. Generally, the inflation picture is benign," Capital Economics U.S. economist Andrew Hunter told Kitco News.

It is looking increasingly unlikely that the Fed will cut rates in December, but another cut is not entirely out of the picture for 2020, Hunter added.

"There is a slightly bigger chance that the Fed will have to cut once more at some point. GDP growth will slow a bit in Q4 and remain weak next year. Fed could be convinced to provide a bit more loosening. In big-picture terms, they seem comfortable with the idea that they have done enough," he said.