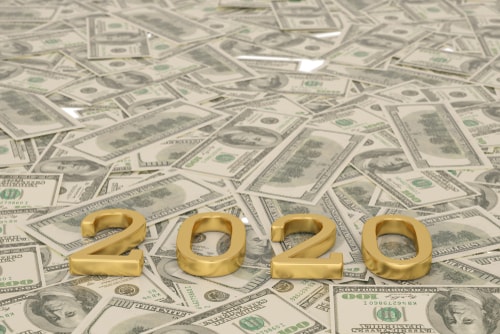 (Kitco News) It is not surprising that gold is consolidating into year-end, but it doesn’t mean that it won’t cross into the $1,600 territory next year, according to RBC Capital Markets.

Gold is likely to finish the year in the $1,400s range as the precious metal has run out of steam due to higher U.S. equities, monetary policy direction and positive U.S.-China trade headlines, said RBC Capital Markets commodity strategists Christopher Louney.

“We’ve consistently been calling for consolidation before year-end (which is arguably something we are seeing now). Our Q4 average price forecast is $1484/oz,” Louney told Kitco News. “Recent monetary policy guidance, strength in U.S. equities, and potential trade deal headlines have obumbrated the market, capping the upside.”

Long-term, however, gold looks solid, with prices maybe even able to cross into the $1,600 territory more than once in 2020, states RBC's high scenario.

“After finishing the year in the $1,400s, prices will average more sustainably in the $1,500s/oz next year in our base case scenario and cross the $1,600/oz level multiple times next year in our high scenario – pointing to generally solid year-on-year strength in 2020,” he noted.

Increased risk sentiment in the market has been boosting gold prices and allocations into gold this year. That trend is expected to drive gold next year, added Louney.

“We largely expect these trends to continue, and to balance out to ongoing interest in the space albeit with price consolidation before year-end – at least absent a significant risk-off event materializing,” Louney wrote in a report published last week. “ETP holdings have passed their 2012 highs in tonnage terms; we remain of the view that gold allocations will remain favorable in the coming year after some measure of price consolidation.”

At the time of writing, gold continued to lose its ground as chart-based selling dragged prices down to three-month lows. December Comex gold futures were last trading at $1,451.00 down. 0.81% on the day.