Gold keeps all daily gains as Powell says 'sustained expansion' is likely for the U.S. 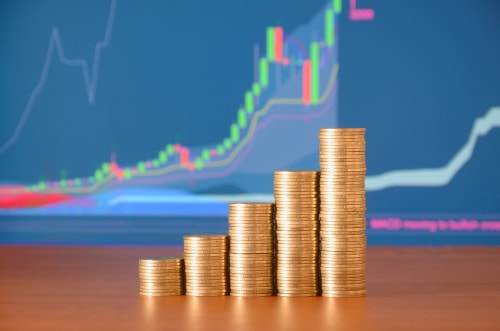 All eyes were on Powell’s testimony before the Joint Economic Committee of Congress on Wednesday, which followed highly-anticipated inflation data, which came in better-than-expected in October.

“Looking ahead, my colleagues and I see a sustained expansion of economic activity, a strong labor market, and inflation near our symmetric 2 percent objective as most likely. This favorable baseline partly reflects the policy adjustments that we have made to provide support for the economy,” Powell said in his prepared remarks.

The full effect of the three rate cuts introduced by the Fed this year “will be realized over time,” Powell said. “We see the current stance of monetary policy as likely to remain appropriate.”

Despite a generally optimistic view, Powell warned that in case of an economic downturn, federal debt, will make it hard for officials to help the economy with fiscal policy.

“The federal budget is on an unsustainable path, with high and rising debt: Over time, this outlook could restrain fiscal policymakers' willingness or ability to support economic activity during a downturn,” he said.

Rising federal debt could cap private investment and reduce productivity in the future, which would weigh on economic growth, Powell added.

Powell’s remarks come after the Fed cut rates for the third time this year in October, lowering the interest rate band to between 1.50% and 1.75%. Back in October, Powell stated that that current state of policy is “likely to remain appropriate” unless there is “a material re-assessment” of Fed’s outlook, singling a pause in the future. He also said that the Fed will not be ready to raise rates either anytime soon unless there’s “a significant move up in inflation.”

Analysts said that Powell’s remarks on Wednesday were another indication that another rate cut in December is unlikely.

“It now looks increasingly likely that the Fed will move to the side-lines for an extended period,” said Capital Economics senior U.S. economist Andrew Hunter. “On balance, there is still a small chance of one final 25bp cut over the coming months if, as we expect, economic growth slows further – Powell also reiterated that risks to the outlook remain and that ‘policy is not on a preset course’.