Can gold shake off downward pressure next week? 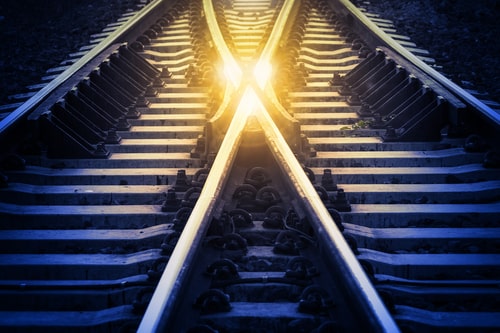 (Kitco News) Gold might be looking at a sideways market before picking up pace again as U.S.-China optimism weighs on the precious metal, according to analysts.

The yellow metal was stuck in a narrow range this week, fighting off significant downside pressure from rallying U.S. equities and rising risk-on sentiment.

“The safe-haven gold and silver markets are seeing buying interest squelched by a generally upbeat trader and investor risk appetite the past several weeks. This is evidenced by the rally in the U.S. stock market that has seen the major indexes this week hit record highs,” explained Kitco’s senior technical analyst Jim Wyckoff.

This week showed that gold has a strong floor at $1,450 an ounce, which is protecting the metal from a bigger selloff. Gold was holding its ground solidly above the $1,460 an ounce on Friday despite rallying stock market.

Next week, it will be all about trade headlines for gold, according to analysts Kitco News spoke to on Friday.

“Equity futures breaking out to the upside and every time you get discussions that the U.S.-China trade agreement is making some progress there is a knee-jerk reaction and the gold market sells off,” RJO Futures senior market strategist Phillip Streible.

On Friday, markets were reacting to comments from White House economic adviser Larry Kudlow, stating that ‘Phase I’ trade agreement with China was close. “We are coming down to the short strokes,” Kudlow said late Thursday. “We are in communication with them every single day right now.”

This was followed by comments from U.S. Commerce Secretary Wilbur Ross, who said that the U.S.-China trade talks were scheduled to continue with a telephone call on Friday. “We’re down to the last details now,” Ross said.

The overall picture points to a sideways market into the year-end due to a likely pause by the Federal Reserve and weak physical demand, said Capital Economics analyst Kieran Clancy.

“A lot of tailwinds that have been boosting gold have faded. Over the last few weeks, prices have been moving lower because the Fed looks like it is reading the end of the easing cycle and moving to the sidelines for the coming months. And the physical demand from key consuming countries is weak,” Clancy said. "Gold will move sideways till the end of this year and take a leg down next year.”

Capital Economics is still pricing in gold to end the year at $1,500 an ounce level.

Many analysts were neutral when speaking about gold next week, highlighting a fairly narrow range between $1,445 and $1,480.

“Gold could move up ever so slightly. But, I wouldn’t exactly say it is anything but neutral at this stage,” TD Securities head of global strategy Bart Melek said.

Resistance level around $1,480 will give way eventually but not in the short-term, Blue Line Futures president Bill Baruch pointed out.

“There is strong override resistance. The upbeat narrative on trade is going to be acting as a headwind,” Baruch said. “Strong resistance at $1,480. We’ll get above there in the more intermediate and longer-term but in the near-term, I am very neutral.”

It’s important not to forget that gold is holding up very well considering all the downward pressures. “We’ve got equity markets making record highs almost daily, the dollar is at the highs of the year,” added Baruch.

A further selloff in gold is not ruled out as there are still a lot of longs in the market, warned Phoenix Futures and Options president Kevin Grady.

“There are a tremendous amount of longs in the market that are still holding on. Now, we are going into the rollover period, where we go from December to February contract. As you get pressure on the market, a lot of these longs will need to make a decision whether they want to roll those positions or liquidate,” Grady said.

Sideways trading is what gold will have to deal with next week until a new driver is introduced, said Wyckoff.

“The near-term technical postures for both gold and silver markets have also deteriorated in recent weeks, which is inviting the chart-based sellers into the futures markets. It’s going to take a significant geopolitical jolt that would rattle world markets, in order to jumpstart serious rallies in gold and silver markets. Until that occurs, look for more sideways and choppy trading,” he said.
Gold will be stuck around $1,445-85 range if there are no surprises next week, said MKS (Switzerland) SA head of trading Afshin Nabavi. Investors should keep a close eye on “Brexit, the Hong Kong instability, the China-U.S. trade talk, which hasn’t been decided yet, and all the political problems,” he said.

The path of least resistance for gold is tilted to the downside, added Vecchio. “Support in the descending channel does not come into play until closer to $1,400 through the end of November – a key area for the weekly timeframe and the longer-term inverted head and shoulders pattern,” he said.

As equities rally, this one asset class is about to pounce, according to Clem Chambers of https://t.co/zudpjqALxQhttps://t.co/LrWpz4a8br@DanielaCambone @clemchambers#gold #bitcoin #KitcoNews

One of the most important events next week will be the FOMC October meeting minutes, which are scheduled to be released on Wednesday.

“FOMC minutes would be the biggest thing I’d look at. I would expect the Fed to indicate that they are done cutting interest rates and they will continue to monitor the economy, which is doing quite well,” Streible said.

The market has accepted that the Fed will remain on hold for now after cutting rates for the third time this year in October.