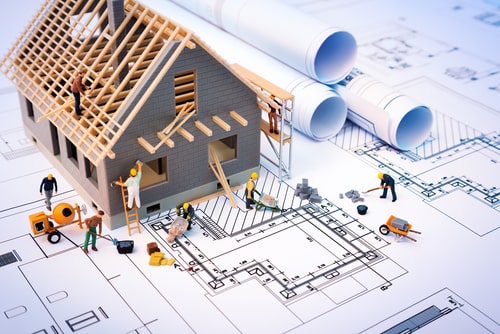 U.S. housing starts rose 3.8% to a seasonally adjusted annual rate of 1.314 million units in October, the Commerce Department said on Tuesday. Consensus forecasts compiled by most news organizations called for starts to be around 1.320 million. September’s data was upwardly revised to 1.266 million units. For the year, housing starts were up 8.5%.

At the same time, building permits data, which is a precursor to future projects, was up 5.0% at 1.461 million in October after September’s resvised total of 1.391 million. For the year, building permits rose 14.1% from the October 2018 levels.

Following the release, gold prices did not move with the December Comex gold futures last trading at $1,470.10, down 0.12% on the day.

“The gold and silver market bulls can correctly argue their metals have been fairly resilient amid the record-setting run in the U.S. stock market. While the metals have eroded from their late-summer highs, they have not seen dramatic declines that one might expect when a competing asset class is setting record highs,” Wyckoff said on Tuesday.

In response to the data, analysts said that housing will be a source of growth in the U.S. in the near term.

“A strong labor market and lower interest rates supporting demand and homebuilder confidence,” said CIBC Capital Markets economist Katherine Judge. “The pace of homebuilding accelerated in the U.S. in October, with the pickup in permit issuance to a new cycle high signaling more positive news on housing could be in store ahead.”