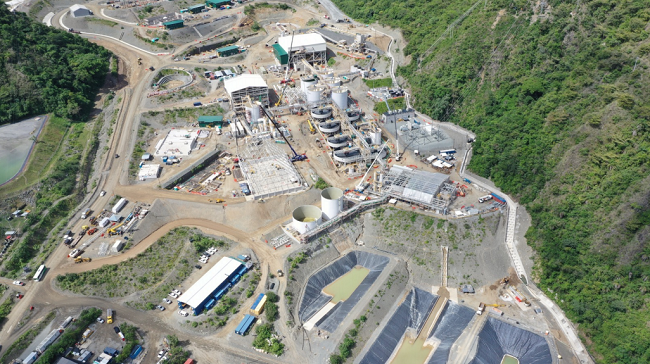 (Kitco News) -While it’s important to get the technical aspects of a gold mine right, it also important that the company has the social license to operate, according to one Colombia mining executive.

By the first quarter of 2020, Colombia will see its first new gold mine in decades as Continental Gold (TSX: CNL) is expected to finish construction of its Buriticá mine by January. The new production couldn’t come at a more important time as the country has seen rising anti-mining sentiment from politicians and the public.

The Buriticá project has proven and probable reserves of nearly 14 million ounces. The mine is expected to produce 300,000 ounces of gold per year.

Luis Germán Meneses, country manager at Continental Gold, said in an interview with Kitco News on the sidelines of the Colombia Gold Symposium – going against the growing sentiment – the company has seen strong support for the expected mine. He added that all eyes are on the project.

“Not only are we a strategically important project, but we are also an example for all the enterprises dealing with the challenges of properly engaging with communities,” he said. “Even before you plant a drill bit you need to engage with the community and that is what we have done. You can now see the results of that effort.”

Meneses said that Continental, from the very beginning, has worked closely with community groups, local governments and national representatives to promote environmental sustainability and economic development

The company currently directly employs over 1,000 people but indirectly employs more than 4,700. Around 80% of the work force comes from the region and 18% of them are women.

“It has been an absolute revelation seeing the impact of having women in mining roles,” Meneses said in a discussion during the conference. ‘We saw a significant drop in accident levels when women started working in the mine.”

Meneses added that they have invested millions of dollars in community-led micro-businesses from financing chicken and sugar cane farms to helping people start catering and laundry services.

Instead of building a camp, the company worked with local residents, who provide housing for mine workers. Not only does the community benefit, but Menese said that the company is also developing a reliable supply chain for services and products.

“It is important to us that we buy as much as we can locally,” he said. “We are doing this to ensure that we have sustainable communities long after the mine is gone.”

Continental is also working to transform the region’s notorious illegal mining sector, which funds criminal organizations and extremely impacts the local environment. Meneses said that the company has had some success providing resources to artisanal miners, giving them proper training, in return the company buys the gold.

To limit the company’s environmental impact, Meneses said that it has invested $44 million in a water treatment plant that will.

Although the company has made great strides in developing its social license ahead of production, Meneses said that they will continue to have an ongoing dialogue with community leaders and government representatives.