Gold price has 'every reason in the world to rally', why isn't it? 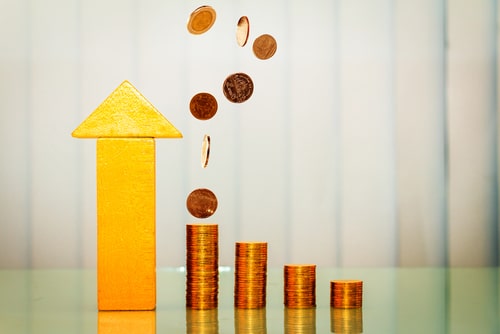 (Kitco News) This week’s non-action created a new resistance level for gold and it will need to breach it before rallying higher, according to analysts.

The yellow metal was unable to sustainably break the $1,475 an ounce this week, signaling a new resistance line before the $1,500 mark.

“Gold is not looking great. It’s got every reason to rally in the world and it can’t right now. That’s a problem,” RJO Futures senior market strategist Phillip Streible told Kitco News on Friday. “The Federal Reserve cut rates three times this year. It is a race to the bottom globally with central banks. The Fed is embarking on somewhat of a QE with this repo rate. You have protests going on everywhere. In Iran, they burnt down the central bank; in Lebanon, there is a run on the banks; and Hong Kong protests are escalating.”

The new resistance level for gold is $1,475 and the inability to break it next week could send the precious metal to $1,425, said Streible.

This is a tough break for gold in the short-term, considering there are still multiple factors support the yellow metal. But, it is important to remember the seasonality of gold, added Streible.

“Gold seasonally goes down around this time. From November 25 to December 20, gold has gone down 12 out of 15 years,” he pointed out.

The U.S.-China trade talk headlines will continue to dominate the marketplace, according to analysts.

“Trade once again looks set to be the main driver of investor sentiment with China reportedly inviting U.S. officials for high-level talks next week. If these talks take place, investors will probably interpret this as a sign of progress,” said Capital Economics chief commodities economist Caroline Bain.

Despite any significant real progress in trade talks, investors continue to “plow” into equities, which is capping gold’s upside potential, added Streible.

But, some major investors are starting to bet against the stock market. One of the most bearish positions against the global stock market was taken by Bridgewater Associates LP, a hedge fund founded by billionaire Ray Dalio. The fund bet $1 billion that stock markets around the world will fall by March, the Wall Street Journal reported on Friday.

“If we see ‘Phase One’ trade deal announced, then we would see more risk-on sentiment and gold will head lower. [But,] there are still a lot of question marks in terms of European economics … and the geopolitical side could push gold higher.”

Gold could keep bouncing around the $1,465 level in the near term and then head to $1,450 by year-end, said Hamilton.

Despite a risk of prices declining in the short-term, the overall picture for gold is optimistic as investors look ready to buy more, said Standard Chartered precious metals analyst Suki Cooper.

“We continue to believe that dips towards USD 1,450/oz are still likely to be viewed as buying opportunities and expect prices to exceed USD 1,500/oz on a sustained basis in 2020,” said Cooper. “Our price forecast remains unchanged; we expect prices to average $1536/oz in 2020.”

Lower gold prices did not result in “aggressively shorting,” but in tactical inversions taking profits off the table, she added.

Despite several key data sets scheduled for release next week, Wall Street will likely be abandoned as soon as mid-day on Wednesday as people start their Thanksgiving holiday long-weekend early.

“There is a lot of data at the front end of the week, but Wednesday at noon, there isn’t going to be anyone left. We are going into holiday mode,” said Streible.

Traders should be aware of additional volatility, which is always associated with shortened holiday weeks. “Anyone with any money can shift the market around,” Streible noted.

The PCE delegators will be critical to watch as the index is Fed’s favorite inflation measure, Melek said. “We are still below the 2% target. If inflation comes in weaker, the Fed might be forced to cut yet again next year,” he noted. “Our view is that as we move into Q1, data will have some material weakness and the U.S. will have to cut.”