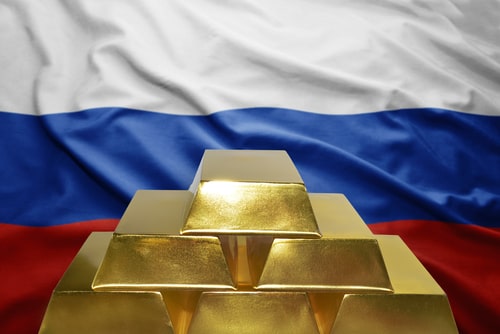 (Kitco News) One Russian Far East region broke its four-decade record as it extracted more than 40 tons of gold and 560 tons of silver this year alone.

Region of Magadan has successfully mined 40.24 tons of gold and 559.30 tons of silver this year. The data is as of November 1.

Local authorities are not ruling out that the figure for gold mined by year-end could reach 50 tons.

Based on current gold prices, the total of gold extracted this year equates to $2.1 billion. December Comex gold futures were last trading at $1,459.60 an ounce, up 0.19% on the day.

In terms of silver production, Magadan is the top producing region of the precious metal in all of Russia, according to local authorities.

Forty tons of gold out of the ground this year alone beat the region’s 40-year record and is seven tons more than the previous year.

“According to the Natural Resources and Ecology Ministry of the Magadan region, as of November 1, … [local] miners reached record levels,” MagadanMedia reported citing local officials.

Magadan mined more in 11 months than the total gold reserves of Hungary, or Serbia, or Peru, or Slovakia.

The pace of gold mining in the region is projected to keep up and even increase going forward, with officials estimating 50-ton production by 2024.

The biggest contributors to production are expected to be Polyus’ Natalka mine and Arlan’s Pavlik mine, said Magadan governor Sergey Nosov.