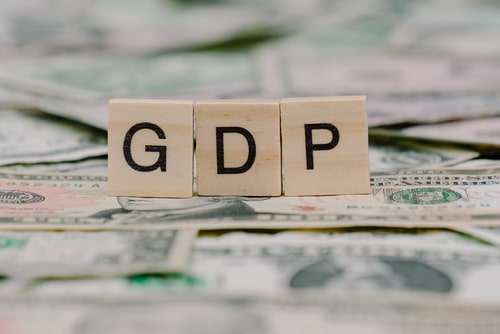 The second preliminary estimate of the third-quarter gross domestic product showed that the U.S. economy grew at an annual rate of 2.1% versus the expected 1.9%. Fresh Q3 data even beat Q2 advance of 2.0%.

Gold declined slightly after the data was released with February Comex gold futures last trading at $1,461.20, down 0.42% on the day. Prior to the release, gold was already under pressure amid plenty of risk-on sentiment on the marketplace.

Improved growth in Q3 was based on “upward revisions to private inventory investment, nonresidential fixed investment, and personal consumption expenditures (PCE),” which were “partially offset by a downward revision to state and local government spending,” the report said.

On the inflation front, the PCE price index was up 1.4% in Q3 compared to an increase of 2.4% in Q2. Core PCE, which strips out volatile food and energy prices and is the Federal Reserve’s preferred inflation metrics, was up 2.1% compared to 1.9% posted in the prior quarter. The core measure was above analysts’ expectations of 1.7%.