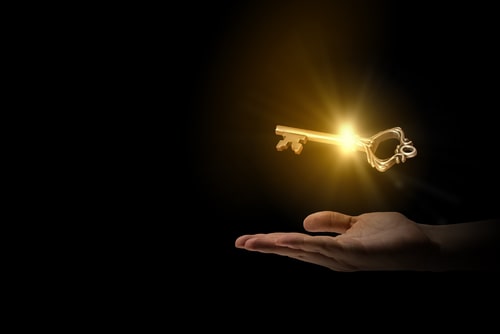 (Kitco News) Gold remained resilient in the face of risk-on sentiment this week, but a price shakeout towards $1,425 an ounce is still possible with the U.S. employment data due out December 6.

The good news, for now, is that the precious metal is managing to hold on to its mid-$1400 support level amid plenty of risk-on sentiment and record-high equities, analysts told Kitco News on Wednesday ahead of the Thanksgiving holiday in the U.S.

The reason behind gold’s unyielding levels is the expectation that the Federal Reserve has paused temporarily before cutting again next year, said London Capital Group LCG head of research Jasper Lawler.

While this view holds, gold has a chance to return to its bullish rally once again, Lawler told Kitco News on Wednesday. “The Fed is on hold at the moment and that is related to why the volatility is compressed. At the moment, markets are taking it quite well, gold included, maybe because there is still an idea out there that it is just a pause before another series of cuts,” he said.

This outlook was echoed by TD Securities, which expects two more Fed rate cuts in 2020 that would be triggered by slower growth in the first quarter of next year, said the bank’s commodity strategist Ryan McKay.

“There is clearly an asymmetry within the Fed’s reaction function meaning that while they are on pause right now, they are definitely more likely to cut in the future than they are to hike. A hike seems completely off the table and that continues to support gold,” McKay said.

The U.S. economy is not out of the woods yet with weakness expected during Q1 2020, he said. “[This could] ultimately persuade the Fed to cut two times next year. And for that reason, gold should still be attractive,” McKay stated.

Despite subdued levels this and past week, gold’s price action could be described as impressive, McKay noted, pointing to technicals.

“The way positioning stands, there is a decent risk that you could get a shakeout down towards $1,425 region if we break thought he $1,450 area. But, so far, every time we came down here, we had a little bump back up into the $1,460s,” he said.

As it currently stands, gold is looking like it is consolidating before breaking higher, Lawler pointed out.

The market could see a similar December to last year when equities sold off and gold rose. But, Lawler warned that if volatility stays muted into year-end, gold could continue to “tread water” and “just hover around the same trading range as we’ve been in.”

It was surprising that gold did not pull back below the $1,400 level after peaking at $1,557 earlier this fall, Lawler added.

“I was expecting deeper declines by now, given the general backdrop of more risk-on mood in markets … I am still generally positive on gold, but I was expecting that a month ago we would be sub-$1,400,” he said.

The U.S. dollar is still not high enough to trigger a selloff in gold, he added, noting that investors should pay attention to the VIX index as a gage where gold might be heading — higher volatility could equal higher gold.

Risk appetite might be close to peaking soon with the stock market requiring some real progress in the U.S.-China trade talks before rallying higher, FXTM market analyst Han Tan pointed out.

“The upward momentum for riskier assets is in danger of petering out, with investors perhaps needing clear signs of progress beyond mere snippets of positive spin regarding the potential US-China trade truce,” Tan said. “December 15 now acts as the next marker in this protracted saga, with investors still speculating if the trade accord can be sealed before President Trump has to decide whether to push on with his tariff threat on a further $160 billion worth of Chinese goods.”

Ray Dalio reportedly bought $1 billion of put options in the S&P 500, and central banks continue to add to gold reserves. What does this signal?https://t.co/ICXLlWmE8c@DanielaCambone @PStreible #gold #RayDalio #centralbanks #KitcoNews

Risks in the week ahead

The biggest risk for gold next week could be a better-than-expected U.S. employment report for November.

Market consensus is calling for U.S. economy to have added 183,000 new positions in November. But the big number is expected to come with a caveat — GM workers returning from their strike.

“Non-farm payrolls … [will be] flattered by the return of striking GM workers. We wouldn’t take too much comfort from that, however, because recent gains look set to be revised sharply lower in the upcoming annual benchmark revision, while the survey evidence suggests that labor market conditions are deteriorating,” said Capital Economics senior U.S. economist Michael Pearce.

Even though TD’s McKay is neutral on prices next week, he is carefully watching the U.S. macro data, which could surprise the markets and bring a new buying opportunity for gold traders.

“In the near-term, we have ISM manufacturing and job numbers next week that potentially can cause that shakeout [down to $1,425 an ounce],” he said. “But, at that point, we’d be looking to buy as we think in 2020 we are still going to see a deterioration in the economic data.”

This week, traders already saw better-than-expected Q3 GDP figure of 2.1% versus the projected 1.9% growth and surprisingly positive U.S. jobless claims, which dropped by 15,000. Also, U.S. durable-goods orders surprised on the upside, rising by 0.6% in October, up from September’s revised 1.4% drop.

Potential bombshells for gold in the near-term are the U.K. election, U.S. impeachment proceedings, and general market sentiment, according to analysts.

“In theory, there is absolutely no relation between gold prices and Brexit, but there have been in those kinds of stand out moments when there has been a breakthrough or lack therefore in terms of Brexit when we’ve seen gold prices react,” Lawler said.