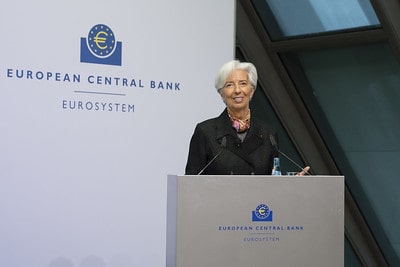 Lagarde told European lawmakers on Monday that the ECB’s monetary policy strategy review “will start in the near future” and that strategic reviews are “common.”

“The U.S. Federal Reserve is currently undertaking such a review; the Bank of Canada has one every five years. In the ECB’s case, the last strategy review was completed in 2003. A lot has changed in the last 16 years,” she said.

Major events that have happened since 2003 include the Great Financial Crisis, sovereign-debt crisis and low-inflation environment, Lagarde highlighted.

“Conventional wisdom has been challenged and monetary policy globally has explored unchartered territories,” she said. “This calls for us to review our strategy and to consider how our monetary policy can best deliver on our mandate.”

Lagarde made no further clarifications about the upcoming monetary review process during the question-and-answer time with the European lawmakers, which followed her speech.

Gold prices did not make a major move during the speech, edging down slightly while still trading under pressure amid risk-on sentiment. Spot gold in EUR terms was last at €1,320.49, down 0.58% on the day, according to Kitco’s aggregated charts. 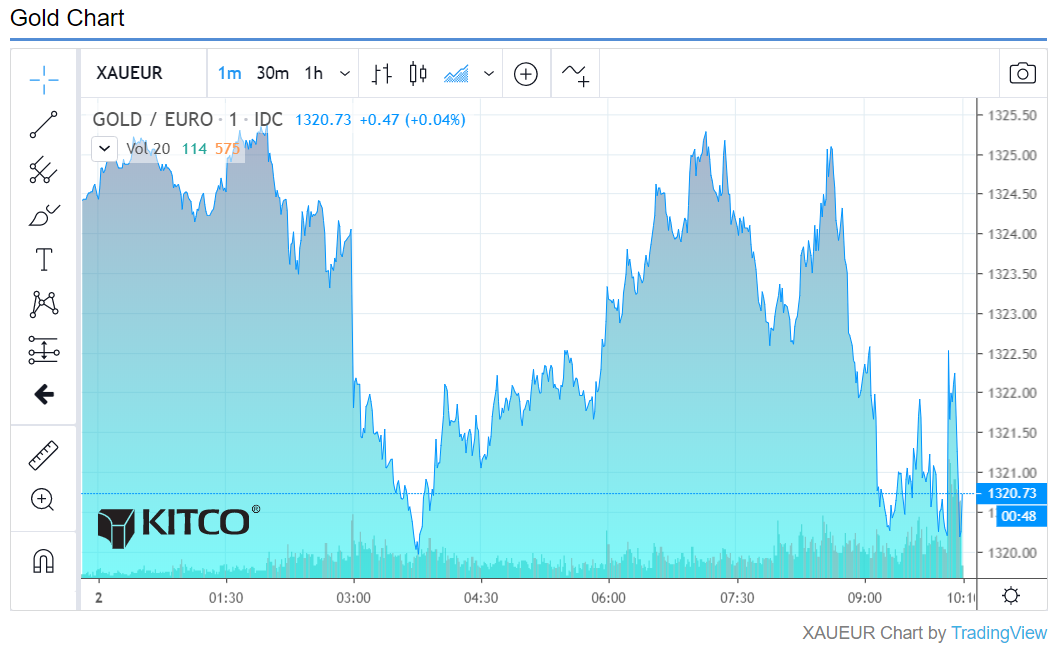 When describing the current macroeconomic situation, Lagarde said that euro-area growth remained weak, with gross domestic product advancing only 0.2% on a quarterly basis in Q3 2019.

“This weakness has been mainly due to global factors,” she said. “The world economy outlook remains sluggish and uncertain. This lowers demand for euro-area goods and services and it also affects business sentiment and investment.”

The sector suffering the most from global concerns has been the manufacturing industry, Lagarde stated. And more losses could lead to more significant spillovers into the services sector.

Lagarde also highlighted inflation, noting that price expectations are “at or close to historical lows.” In November, inflation stood at 1%, she added citing Eurostat’s flash estimate.

In September, the ECB lowered the interest rate on the deposit facility to -0.5% and restarted net asset purchases.

The central bank also decided “to make the conditions on the targeted longer-term refinancing operations (TLTROs) more attractive, and to introduce a new regime of remuneration for excess reserves held by banks with the Eurosystem,” Lagarde said.

These actions showed that the ECB was “alert to the potential side effects of monetary policy,” Lagarde said.

The new ECB president also touched on the future of money and digital currencies, noting some benefits as well as risks.