How to maximize your gains during a gold price rally 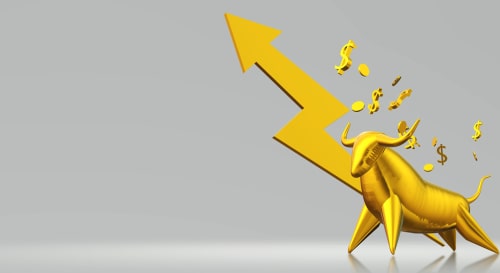 (Kitco News) Making a profit during a gold rally is simple, but how do you make sure those gains are maximized and potentially doubled?

Gold has had a spectacular year, hitting six-year highs of $1,557 in September. But while gold was up 21%, one ETF, which tracks gold stocks on the NYSE, was up double that, said China Post Global managing director Danny Dolan in an interview with Kitco News on Tuesday.

“We’ve seen a pretty stellar year, but not just because of strong physical gold performance. Our ETF has outperformed physical gold by a factor of two-to-one, basically doubling the performance of physical gold over the last 12 months. We had a 43% rise in our ETF versus the 21% increase in the physical gold price over the same period,” Dolan said.

The ETF, which was launched almost 13 years ago in Europe, tracks NYSE-listed gold producers that don’t hedge their gold production beyond 18 months.

This makes the ETF have a “…higher correlation to physical gold than some other gold mining companies ETFs,” Dolan said.

It’s all about getting to the “pure profit” line for gold producers who have to cover extraction and production costs.

With a higher gold price, companies get to pure profit territory faster. “The non-hedging beyond 18-months allows gold stocks, in particular, the ones tracked by our index, to outperform physical gold in a rising market,” Dolan explained. “The reason is the level at which they are selling the gold produced versus the cost incurred in producing it.”

Dolan describes it as the leverage effect. “The very experienced and sophisticated investors who are familiar with this dynamic have been deliberately seeking out gold stock funds in order to benefit from that leverage.”

Gold’s bullish 2019 trend is likely to continue into next year, added Dolan, pointing to a number of drivers that will still be causing havoc next year. “We remain very bullish on gold. We expect new heights to be reached in 2020 and the overall bull market environment to continue,” he said.

Dolan is not ruling out $1,600 an ounce level for gold next year, pointing to a number of geopolitical, trade and economic concerns.

“Investors are positioning themselves for the end of the equity bull market cycle. There are also geopolitical risks like the U.S.-China trade war, Brexit, unrest in Hong Kong, and challenges in the euro zone,” Dolan described.

On top of everything, the low yields environment will continue to work in favor of gold.

“There is USD$70 trillion of negative-yielding debt out there now, which is almost half of the bond market. This is an incredible statistic,” he said. “This means that the one big disadvantage of holding gold previously — the lack of yield — has eroded.”

When talking about the current stall in gold prices as the metal trades between the $1,450 and $1,475 an ounce, Dolan said it was only temporary.

“Positive noises around the U.S.-China trade deal have slightly reduced safe-haven demand. But the correction has been moderate. What we would see going forward is a very strong gold price going into next year for the same reasons gold rallied in 2019,” he said.