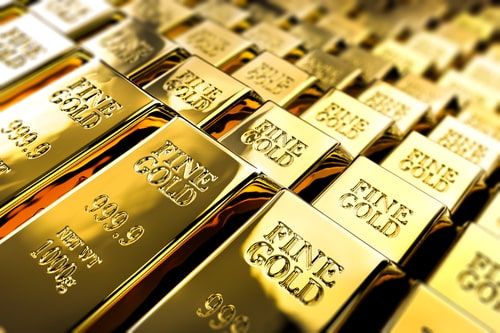 At the end of August the value of London gold vault holdings was at $394.5 billion — the highest level on record, the LBMA said on Monday.

“As at the end of August 2019, there were 8,028 metric tons of gold, valued at $394.5 billion which is a record high,” the latest data showed. The record value corresponds to multi-year highs the precious metal’s price reached at the end of August, trading above $1,550 an ounce.

The value of silver held in vaults was also at a record level of $21.1 billion, which represents 35,636 metric tons of silver, the LBMA added.

“This equates to approximately 642,277 gold bars and 1,187,881 silver bars,” the LBMA wrote. “The data represents the holdings of seven custodians offering vaulting services (all of which are LBMA members) and the Bank of England … Also included are the gold holdings held at the Bank of England (not an LBMA member) which offers gold (but not silver) custodial services to central banks and certain commercial firms that facilitate central bank access to the liquidity of the London gold market.”

Aside from the stellar August news, the clearing numbers from October showed a further cooling in the gold market as prices continued to fall from September’s six-year highs.

The volume of gold ounces transferred daily in October fell by 13% month-on-month to 17.3 million ounces, the LBMA said.

The value transferred daily dropped by 13.9% to $25.8 billion. There were 3,393 daily transfers in October, down 15.7% from the prior month, with the clearers settling on average 5,087 ounces per transfer.

The volume of silver ounces transferred in October was down by 3.2% to 244.7 million ounces, the LBMA said. The value transferred decreased by 6.1% to $4.3 billion daily. There were 1,113 daily transfers in October, 33.9% lower month-on-month, with the clearers settling on average 219,985 ounces per transfer.

The LBMA releases clearing statistics every month to show the net volume of gold and silver transferred between accounts of members, essentially providing a snapshot of the amount of trading activity.

The LBMA noted that the gold/silver ratio averaged at 84.8 in October.