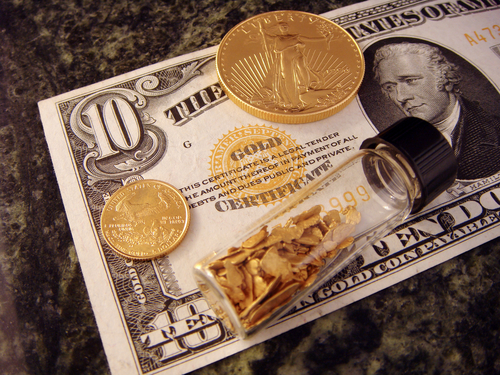 In late September, Genesis Mining conducted a survey among 1,000 Americans to gauge how well the nation understands money. The results were released late October and showed that 29% of those surveyed thought the U.S. dollar was backed by gold.

At the same time, only 30% accurately guessed that the U.S. dollar is backed by the U.S. government.

The survey also showed that 24% of respondents thought that it’s the Federal Reserve’s job to secure the nation’s gold reserve.

The majority of survey participants, 50%, did accurately answer that the Federal Reserve’s job is to oversee the nation’s monetary policy and interest rates.

However, 54% of respondents inaccurately believe that the Federal Reserve Banks are owned solely by the U.S. government.

“If we look at this data as a reflection of a larger population, many Americans don ’t actually understand what the Fed is and what role it plays in our fiat system,” the report said.  “When you consider that our lives center around money, it ’s always concerning to realize that many people out there do not understand the basics behind who controls it, what gives it value, and how the banks that we trust so much truly operate.

The survey also found that there doesn’t appear to be much love for digital currencies, even as consumers prefer to use plastic over paper currencies.

The survey showed that 76% of respondents said that they don ’t think that the U.S. government should eliminate paper currency for a digital one.

Although there has been support for the U.S. to go back to a gold standard, the Federal Reserve poured cold water on that idea earlier this summer. During his semi-annual testimony before the House Committee on Financial Services, Federal Reserve Chair Jerome Powell said that he didn’t think it would be a good move to adopt a new gold standard.

He explained that it would also take an act of Congress to shift the central bank’s current mandate on supporting maximum unemployment and price stability.

He added that a gold standard would force the Federal Reserve to stabilize the dollar price of gold.

“We would then not be looking at maximum employment or stable prices. There have been plenty of times in the fairly recent history where the price of gold has sent signals that would be quiet negative for these of those goals,” he said.