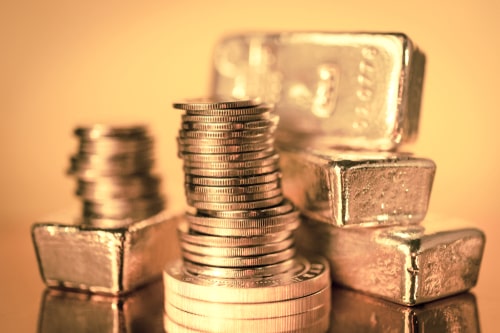 (Kitco News) There are many factors that could disappoint next year, which is why “smart money” has continued to favor gold as a hedge, according to the latest Mitsubishi’s precious-metals update.

“Illustrating lingering macroeconomic concerns, the importance of diversification away from dollar assets and tail risk hedging, central banks around the world have continued to be net buyers of gold: November saw Turkey, Russia, Poland and newcomer Serbia (which bought 9 tons of gold) all add to their holdings of the yellow metal,” Butler wrote.

Also, continuing to increase their exposure to gold were money managers and institutional investors, which bought the metal via the Comex speculative futures market, Butler pointed out.

“The fact that the ‘smart money’ continues to favor bullion, even as equities and other risk assets hit new highs, indicates the long-term haven status that many investors attach to gold, especially in an environment where synchronized global growth is becoming the consensus view,” he noted.

It is important not to overlook the vulnerability of the U.S. dollar next year, which could drive gold prices higher, Butler added.

“There are many factors that could upset a benign macroeconomic view in 2020, from a faltering Eurozone to geopolitical tensions. A potentially overlooked one is the U.S. dollar, whose strength is a brake on U.S. export growth and is creating distortions globally,” he said.

When the U.S.-China trade agreement is finally reached, U.S. President Donald Trump could turn his attention to the U.S. dollar, the strength of which he believes has been weakening U.S. exports.

“Some kind of coordinated action of the sort that eased back the dollar from its highs in the mid-1980s (Plaza Accord) could be attempted or, in a more extreme scenario, investors could start to lose faith in the dollar amid the burgeoning $22 trillion U.S. debt and no attempts being made at executive or legislative level to stop its inexorable growth,” Butler said.

U.S. employment data on Friday and next week’s Federal Reserve rate decision are the two key events that will set the tone for December, aside from any more trade news headlines, said Butler.

“This coming Friday’s U.S. payrolls data will bring further news on the rate of U.S. job growth, which is expected to have accelerated to around 188k new jobs created in November, leaving the unemployment rate at a 50-year low of 3.6%. If the forecasts are true, we can expect to see a weakening of bullion in the near term, which may be a trigger for further profit-taking,” he stated.

No more rate cuts are expected this year, but investors will be paying close attention to Chair Jerome Powell’s comments following the rate decision.

“Fears that economic optimism may have got ahead of the data will be one mildly gold-supportive narrative for 2020, another will be the possible bumps in the road, from a disorderly Brexit to a souring of U.S.-China relations. Investors will also be looking for any signs of a change to the Fed’s basic policy of keeping rates on hold for much of next year,” Butler said.