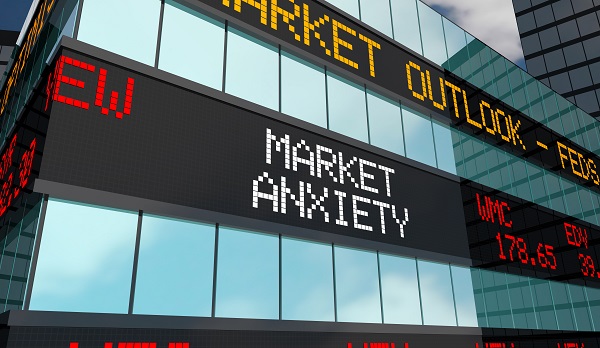 (Kitco News) - Global political uncertainty is one of the most significant risks to financial markets, which could drive gold prices modestly higher in 2020, according to one market strategist.

In a recent interview with Kitco News, Chantelle Schieven, head of research at Murenbeeld & Co, said that she expects that gold prices could push $100 higher by the end of next year, to around $1,550 an ounce as geopolitical uncertainty creates unnecessary market volatility.

“Uncertainty is here to stay; we are seeing it everywhere and that is ultimately good for gold,” she said.

The CME FedWatch Tool shows that markets are pricing in only one rate cut next year, but Schieven said that investors need to pay attention to the Fed’s balance sheet. Because of liquidity issues, the Federal Reserve has increased its balance sheet at the fastest pace since the height of the 2008 financial crisis.

But it is more than just interest rates and balance sheets; Schieven said that monetary policy has probably gone as far as it can go and markets will expect fiscal policies to drive growth next year.

“Lower interest rates, increasing government spending, this all fades together into a positive environment for gold,” she said.

The only reason Schieven said that she is not more bullish on gold for 2020 is that she expects the U.S. dollar and U.S. equity markets to remain a critical headwind for the yellow metal. Schieven said that the U.S. economy continues to look good compared to other countries.

Schieven said that her firm’s base-case scenario for next year is not pricing in a recession in the U.S. She added that the only way growth turns negative next year is if the trade war between China and the U.S. escalates significantly.

“We expect that Trump is going to do everything he can to support the economy heading into the November elections,” she said. “This means he will be anxious to make a trade deal with China.”

Although equity markets remain a headwind for gold, Schieven also said that it could also provide an opportunity for gold.

Because interest rates are so low and looking to go lower next year, Schieven said that the bond market can no longer be seen as the traditional safe-haven. Schieven said that investors appear to be paying more attention to gold as an alternative risk hedge.

She added that heading into year-end, the gold market has held critical support above $1,450 an ounce even as equity markets were hitting record highs daily.

Although investors are enjoying all-time highs in equity markets, Schieven said that she doesn’t see a lot of conviction in the marketplace. She added that it wouldn’t take much to push the rally off the rails.

“You look at equities and bonds and you see a lot of teetering in financial markets and if there is any miss-step, then we could see gold prices rally,” she said.