(Kitco News) - Gold is benefitting from U.S. President Donald Trump’s comments hinting that any trade deal between the U.S. and China may not occur until after the 2020 election, traders and analysts said. 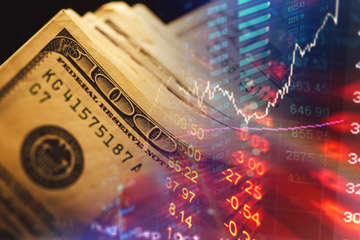 Further, one pointed out, a sign that Trump may increase pressure on other nations as well is yet another supportive factor for the yellow metal.

“The more uncertainty on U.S.-China trade, the longer it will support gold,” said Phil Flynn, futures analyst with Price Futures Group. “If we indeed continue to kick the can down the road, it’s going to be another reason to be long gold.”

The catalyst was comments on a U.S.-China trade deal from Trump, who is in London for a meeting of NATO leaders: “I have no deadline, no. In some ways, I think I think it ’s better to wait until after the election with China.”

European stocks fell, and the Dow Jones Industrial Average was down by 419 points in early trading. The U.S. dollar also has a softer tone, which tends to help gold.

“Gold seems to benefit every time the trade deal gets further away,” Flynn said. “It comes down to the old risk-aversion play, especially if you’re in China.”

Investors often move into gold when equities tumble, turning to the yellow metal on a flight-to-quality play amid geopolitical concerns. And this time, this may especially be the case in China since the trade war has already hit that country’s economy so hard, Flynn said.

“This headline is once again causing concerns that we could get a slowdown in the economy,” Flynn said.

A slower economy tends to mean looser monetary policy. This helps gold two ways – undercutting the U.S. dollar and reducing the so-called “opportunity cost,” or lost interest income, from holding a non-yielding asset such as gold.

Daniel Pavilonis, senior commodities broker with RJO Futures, commented that gold has been boosted not only by the U.S.-China situation but also news that the Trump administration declared that France’s digital tax has hurt U.S. interests, raising the threat of tariffs on French goods.

“Near term, the spike in gold and silver is predicated on stocks selling off. But long term, that [widespread concern about trade] is being viewed as bullish for the metals and gold.”

Flynn pointed out that markets have swung back and forth for some time now on whether there will or won’t be a U.S.-China deal in the near future. Investors had grown optimistic there would be some kind of agreement since word of a so-called “phase one” deal in October, although no agreement has been signed.

“We’ve seen these comments [about trade] before, and the market reacts to them,” Flynn said. “Then a week later, everything is forgotten and we’re back on track again. So the market is getting used to these twists and turns on this road to a U.S.-China trade deal.

“We go from having a phase-one deal on paper to maybe we won’t get one until after the election. So the market is now adjusting from that earlier optimism to the new pessimism.”