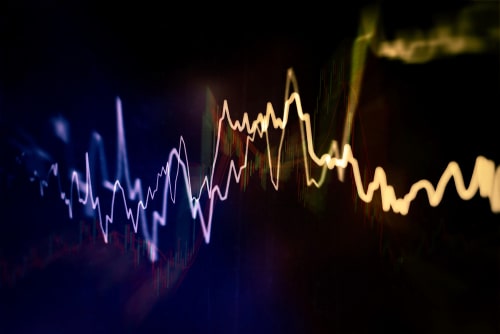 (Kitco News) New record high prices are in store for gold in the new year and the new decade, according to Bloomberg Intelligence, which projects gold “…to follow the dollar and equities to new highs.”

“It's a new year and decade and gold is poised to follow the dollar and equities to new highs, in our view. When, should be the primary question, particularly when the stock market and greenback succumb to some normal mean reversion,” McGlone wrote in December’s commodity outlook. “Absent a new higher dollar and stock-price plateau, gold is set to join the all-time-highs club.”

The outlook for gold remains favorable, which is in stark contrast to other commodities, such as oil, said McGlone. Gold stands out because of its divergent strength in the face of higher U.S. dollar and rallying U.S. equities, BI’s outlook specified.

“Gold is the divergent strength standout. Up almost 15% in 2019 despite the 2% gain in the trade-weighted broad dollar indicates the metal is on solid footing for further advancement,” McGlone said.

This year was a breakout year for gold after five years of range-bound trading. On top of that, strong U.S. dollar going into 2020 works in favor of the yellow metal.

“Gold should remain the stalwart unless equity and dollar strength is sustained. That's unlikely, particularly as we approach a contentious U.S. presidential election. Divergent strength in the gold price, despite greenback and equity market record highs, indicate anticipation of a more favorable end-game for the quasi-currency,” McGlone explained. 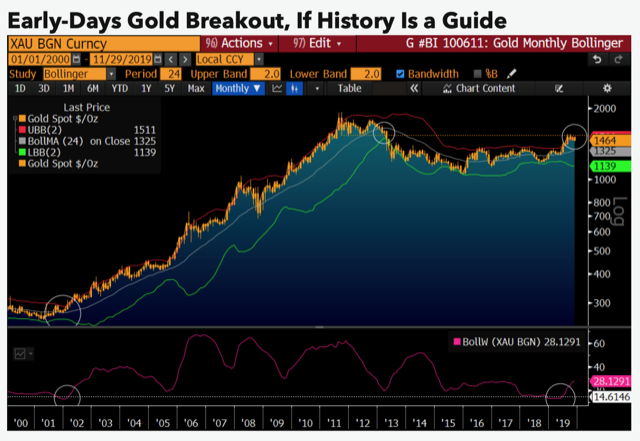 Gold has established a solid footing and could soon be ready for a new bull market, which will take prices well above $1,900 an ounce in the new decade.

“Gold recovery began with the first Federal Reserve rate hike in December 2015. At about the halfway mark of the 2011-15 decline, gold is simply retracing a bear market, for now. A new bull market will come when the dollar-denominated price exceeds $1,900 an ounce. About $1,400 is a good initial support,” McGlone wrote.

Near-term technical direction for gold sees $1,550 as the major resistance level and $1,400 as major support, added the strategist.

“Five years of consolidation has formed a solid base for appreciating prices … A peak dollar would be a primary rally catalyst for dollar-denominated gold,” he described.