With a non-event Fed next week, could gold prices make a comeback? 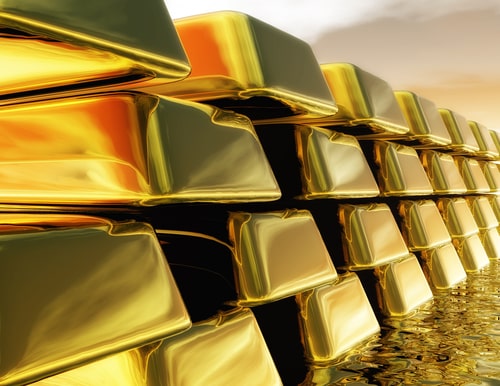 (Kitco News) With just three full weeks left in 2019, can gold still surprise the markets with a year-end rally? And what should investors be watching now that the Federal Reserve meeting is expected to be a non-event?

Gold prices sold off on Friday as positive U.S. job numbers from November and the latest U.S.-China trade comments dragged the precious metal down. February Comex gold futures were last trading at $1,464.70, down 1.24% on the day after touching weekly lows.

The much-awaited employment report showed that the key non-farm payroll number beat expectations and came in at 266,000, marking the biggest gain since January and the lowest jobless rate of 3.5% since 1969.

“It reinforces the picture that, aside from the weak ISM surveys that we’ve had, the data is holding up pretty well. GDP growth for Q4 is tracking at about 1.4%, employment growth is still very solid. It justifies what the Fed has done, which is this mid-cycle adjustment, which stopped after three rate cuts,” Capital Economics chief U.S. economist Paul Ashworth told Kitco News on Friday.

The other big news of the day was Larry Kudlow, White House National Economic Council director, stating that the U.S. and China are “close” to a trade deal, but U.S. President Donald Trump is prepared to walk away if some conditions are not met.

December 15 is the crucial date markets are watching when it comes to U.S.-China trade progress as more tariffs could be rolled out by Trump against China.

“There are no arbitrary deadlines, but the fact remains December 15 is a very important date with respect to a no go or go on tariffs,” Kudlow said.

Gold reacted negatively to the news and RJO Futures senior market strategist Phillip Streible said he was surprised that gold did not recover more.

“We are breaking down here. I’m really surprised we are not getting a little bit of a bounce from what Kudlow just said,” Streible told Kitco News. “He said that the trade deal is close, which is bearish for gold. But, the second thing was that Trump is prepared to walk away if some conditions are not met, which should support gold a little bit. But, it’s not holding support.”

The gold rally this year has been triggered by fears of a sharp slowdown in the global economy, said Capital Economics assistant commodities economist Kieran Clancy. “And while global growth will remain weak next year, fears of a recession are overdone. This week’s data has been a reflection of that.”

Deterioration in the U.S.-China trade talks is the most likely driver that could help gold prices move higher from here.

“We have gold prices staying stable till the end of this year and then falling towards $1,400 towards the end of 2020,” Clancy said. “There’s a family good chance of a ‘Phase One’ deal prices into the gold market at the moment. And if that disappoints, then gold could get another leg up.”

The next economic downturn will be "much worse, much different, and much longer lasting than the unpleasantness of 1929 to 1946" says @RealDougCaseyhttps://t.co/MpydC4pb5o@DanielaCambone #recession #economy #KitcoNews

No surprises from the Fed next week

The biggest U.S. event next week will be the Federal Reserve interest rate announcement on Wednesday, but the majority of analysts that Kitco News spoke to said that it will likely be a non-event.

“I think they’ll be giving themselves a celebratory pat on the back. They’ve course-corrected the economy and everything seems fine,” Ashworth said. “It is going to be one of those completely and utterly boring FOMC meetings. There are no updates to the projections. There is a press conference, but they basically laid out all the new language last time, so you’d be surprised if they just threw that out for something new so quickly.”

Some Fed language that we might see on Wednesday could include statements such as, “policy being likely appropriate” and “we haven’t needed to make a material reassessment,” added Ashworth.

Some analysts remained optimistic about gold next week, even though the Fed is looking to embark on a pause in its easing cycle.

“Overall, over the last few weeks, gold has actually been performing quite well. That is to say that the underlying demand for gold is still strong despite the fact that the Fed is embarking on its pause of the easing cycle,” TD Securities commodity strategist Daniel Ghali said.

The European Central Bank will also be making its interest rate announcement next week, but the new President Christine Lagarde is unlikely to make any significant moves until the monetary policy review is complete.

“We are not expecting many surprises from the ECB or the Fed. Both are likely to be non-events. Lagarde will be biding her time and waiting until the review of monetary policy is complete before pulling the trigger on anything else,” Clancy told Kitco News.

“Seasonally, if you buy gold right around Christmas and sell it into the second week of the new year, gold has risen over 80% of the time,” the strategists said, explaining that gold has risen during that period during the past 13 out of 15 years.

On the downside, it is important to keep an eye on the $1,453 level, which could trigger a number of sell stops, Streible warned.

Can a prolonged trade war plunge us into a recession? Christopher Vecchio, senior currency strategist of IG Group, weighs in on the consequenceshttps://t.co/hMJfYeZS1D@DanielaCambone @CVecchioFX #gold #dollar #tradewars #POTUS #KitcoNews

Investors can’t forget about the U.K. general election on Thursday, which could have significant ramifications for Brexit.

“Brits go to the polls on Thursday and all points to a Tory victory,” said ING strategists on Friday. “But as we found out in 2016 and 2017, things are rarely so simple in U.K. politics. While polls do indeed suggest the Conservatives should prevail and gain a majority, the gap between the two major parties doesn’t need to narrow much to deliver another hung Parliament … Either way, the outlook for Brexit is unlikely to be straightforward as we move into 2020.”

One of the biggest concerns for the markets is still a no-deal Brexit, said Bannockburn Global Forex chief market strategist Marc Chandler. “We remain concerned that a no-deal Brexit at the end of next year remains a distinct possibility,” Chandler wrote.

The U.S. macro calendar is full next week with the U.S. CPI on Wednesday, PPI, on Thursday and retail data on Friday.

“Retail sales will be key. One of the themes underlying equity market strength is that the consumer remains strong,” Ghali said.

U.S. November retail sales are expected to come in at 0.4% with overall consumer strength holding up well this year.

The market is projecting for the Consumer Price Index to come in at 2% on an annual basis and 0.2% on a monthly basis in November.

But, the data is unlikely to change the Fed’s mind about anything as the U.S. central bank likes to teach the PCE inflation measure, which is well below the 2% mark, said Ashworth.