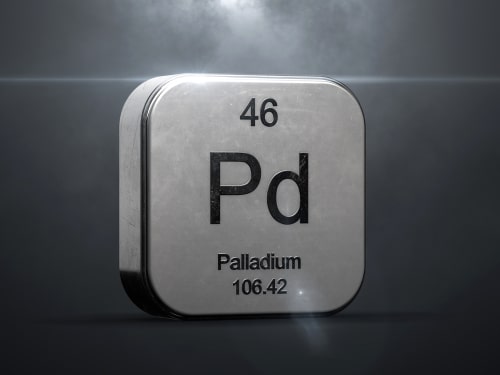 (Kitco News) Palladium hit fresh record highs and broke through the $1,900 level as prices rose for the 13th session in a row on supply concerns, analysts said.

The power crisis in South Africa, which is the world's top platinum and second-biggest palladium producer, was cited as the reason for the latest move in prices.

The country has struggled with six days of rolling blackouts, which have halted mine production.

"The current power crisis in South Africa has exacerbated supply concerns of the autocatalyst metal, as the country produces 40% of the world's palladium," said SP Angel analysts on Wednesday. "Flash floods have caused blackouts, which have caused production cuts for some mining companies this week, with palladium producers Implats and SIbanye-Stillwater affected."

"Platinum and palladium were buoyed by supply concerns as a result, SA being the world's top producer of platinum and the second-largest producer of palladium … Palladium traversed $1900 once again, hitting a new all-time peak in what was an upward but volatile session," MKS added.

Supply concerns are one of the main drivers behind palladium's stellar performance this year, according to analysts.

Year-to-date, the metal is up around 60%. The precious metal saw clear price peaks established at the end of March, July, October, November and now December.

Going into 2020, analysts are confident the metal will keep climbing to new highs, notwithstanding some natural pullbacks that follow rallies.

"It is not particularly surprising that palladium is doing well. We think it will hit $2,000 at the latter part of next year when gold does better as well," TD Securities head of global strategy Bart Melek said back in November. "We formally have $2,000 average in Q4 2020, but given normal volatilities, it could be $2,100-2,150. We wouldn't be shocked if that happened."

The majority of palladium's demand comes from the auto sector as the metal is used in catalytic converters that reduce emissions in gasoline engines.

"Ultimately, what the market is trying to price in here is scarcity down the road. There is certainly isn't a lot of new capacity coming in from the mining side. Recycling is probably steady. We expect a bit of inflection on the demand side and not really seeing significant growth on supply," Melek added.