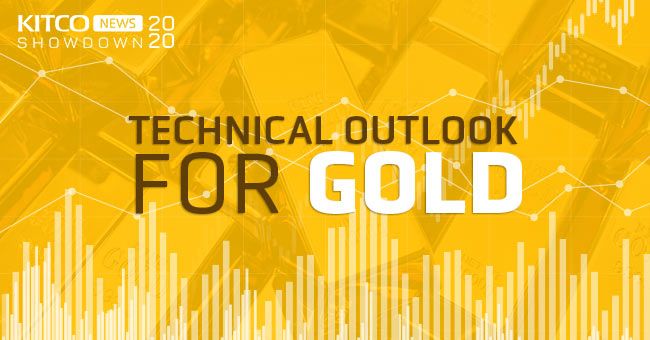 (Kitco News) - The last quarter of 2019 has seen gold prices trending lower from the yearly high of $1,556.20, basis nearby Comex futures, scored in September. The yellow metals bulls should not be too disheartened, even though the shorter-term technical posture for gold is neutral at best, when looking at a daily bar chart. The longer-term monthly and weekly continuation bar charts for nearby Comex gold futures shows prices have been trending higher since the 2015 low (monthly chart) and 2018 low (weekly chart) and this year notched a six-year high. See the longer-term technical support and resistance lines on the charts.

Since 2015 gold prices have been trending up, but in choppy fashion. The monthly and weekly gold charts at present are still overall technically bullish. That suggests the outlook for gold in the coming new year is for more of the same—trending sideways to higher in the coming weeks and months, or even longer.

From a fundamental perspective, the main reason for gold’s price action favoring the bears and the market languishing in the fourth quarter of 2019 is a generally quiet geopolitical front. One can argue that it is surely quiet on the world news scene, from a markets perspective, when headlines coming out of the U.S. and China regarding their trade war were in the spotlight most of the last half of 2019—yet nothing much at all got accomplished on that matter. Do not expect the year 2020 to be so quiet. There is at least one major news development that everyone knows will impact and likely unsettle the markets next year: the U.S. presidential election. Other possibilities include U.S.-Iran tensions, North Korea’s missile program, and economic/financial problems from several countries that have experienced the same in past years.