How high will gold go? Just watch the central banks 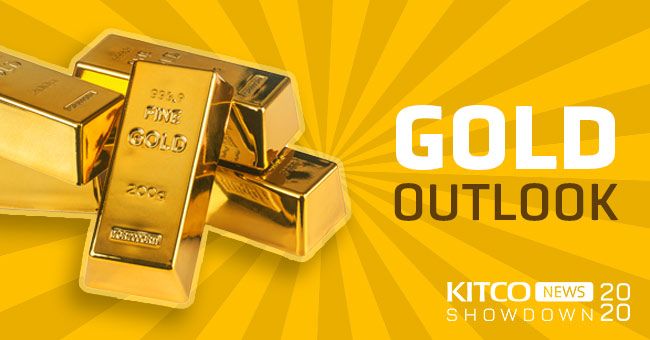 (Kitco News) - The gold market will be watching closely in 2020 for signs on whether the U.S. Federal Reserve and other major central banks will cut interest rates.

The Fed last cut in October, and then left rates alone at the December policy meeting. Economists suggested that the Fed may be done for now, but may still have a slightly dovish tilt.

If so, several observers said the current low-rate environment should still help the precious metal. And if the Fed cuts some more after all, look for gold to make another leg higher.

“When the Fed started cutting rates, gold took off,” said Colin Cieszynski, chief market strategist at SIA Wealth Management. “It was acting as a hard currency and people were starting to devalue the paper currencies.

“If the central banks continue to put in stimulus and devalue their currencies, that could be beneficial to gold.”

Suki Cooper, precious-metals analyst with Standard Chartered, was upbeat about precious metals and gold in particular.

A large amount of negative-yielding debt around the world creates a favorable backdrop for gold, she said. Standard Chartered looks for the Fed to remain on hold with rates in 2020. However, the global economy may start slowing late in the year, meaning potential for a cut in 2021, Cooper continued. The U.S. dollar may begin softening, although not dramatically, and Treasury yields are likely to soften in the second half, the analyst continued.

“So we think a lot of these macro factors are likely to align themselves to support gold in H2,” Cooper said.

“In fact, they are sending signals that they are going to allow inflation to run hot even if it does reappear,” Flynn said. “So even if the Fed gets to its 2% inflation rate [target], they might allow it to go to 3% or 4% before they really put the brakes on it.”

Flynn said a pick-up in inflation should prompt buying of gold as a hedge against rising prices. Low interest rates also help gold other ways, such as holding back the U.S. dollar and reducing the so-called “opportunity cost,” which is lost interest earnings from holding a non-yielding asset such as gold.

Kevin Grady, a 30-year gold-market veteran and president of Phoenix Futures and Options LLC, said that he doubts Fed officials themselves are sure of their next move as they await future economic data. Nevertheless, Grady suspects rates may well head lower again.

“They’re obviously not going to be raising rates,” Grady said, commenting that neutral to lower rates should be supportive for gold. “The question is how many cuts will they have in 2020?”

“To me, gold has turned into a more positive trend. But it remains to be seen whether we bounce around in a higher range or continue higher,” Cieszynski said, describing himself as neutral to positive on the metal. “I think most of that is going to depend on what the central banks do.”

“Gold had a hard time breaking that $1,550 area and staying up there,” Grady said. “But with those three things on the horizon, gold should have some support going into 2020.”

Grady sees potential for gold to challenge $1,550 again. And if the metal breaks through, then the next natural target/barrier would be around $1,600, Grady added.

“There’s got to be a driver for gold to get up to that level,” Grady said. “And it will depend on how strong that driver is. If it’s a one-time event, it may not hold. But if it’s a longer-term situation…that could sustain gold above those levels.”

TD Securities said it expects the Fed to cut rates twice in 2020, though gold may pause for a while since Fed may not ease again early in the year. Eventually, however, $1,650 gold is “in the cards,” TDS said. Goldman Sachs listed a target of $1,600 an ounce. Commerzbank looks for gold to hit $1,550 in the fourth quarter, forecasting another Fed rate cut in the second quarter.

For a long time now, markets have been monitoring the U.S.-China trade war, seemingly with constant anticipation of a resolution, particularly since U.S. President Donald Trump frequently suggests a deal may not be near, Grady said.

“So far, there’s no deal….There’s still a lot of bad verbiage between the U.S. and China,” Grady said, saying he thinks a deal is a ways away yet. “That is going to give some support to gold.”

The U.S. administration may want a trade deal ahead of the election, Grady commented. However, Chinese officials may be content to hold out to see if Trump loses his bid for re-election and if they have better luck with a new president. Trump, in turn, may understand that strategy and have a mindset to be even tougher on China if he wins another four years in the White House, Grady said.

“I just I don’t think the tariff situation is going to be fixed shortly, so that’s going to be definitely give some support to gold,” Grady said.

As the presidential election nears, there will be considerable volatility in all markets, Grady said. He looks for gold to “fly all over the place.”

Meanwhile, Cooper expects central-bank buying of gold to remain robust. And while Indian physical demand may remain soft, Chinese demand is expected to improve, she said.

A big key for 2020 will be retail demand in the form of gold bars and coins, Cooper said, looking for this to pick up in the second half. This has lagged exchange-traded-fund buying.

“If we look back to 2011 and 2012, when we saw that leg higher in gold prices, it was really driven by retail investors,” Cooper said. “They’ve been a little bit slow in accumulating exposure to gold initially. Once we get confirmation that the global economy is slowing and the Fed is on hold or cutting rates, retail investment starts to pick up.”