Inflation garners little attention for 2020, but gold market is watching 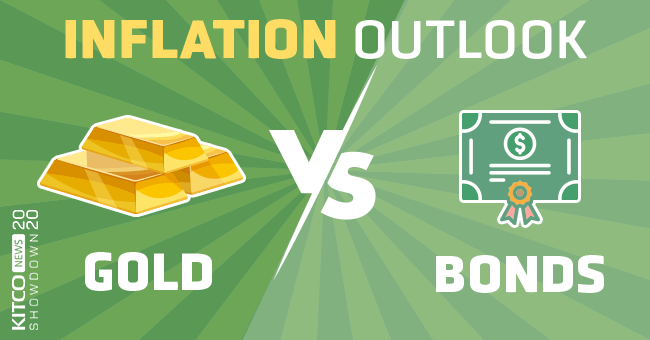 (Kitco News) - There is a global push under way to drive inflation higher and while that could be good for gold, it is not clear central banks will achieve their goal.

In his last press conference of 2019, Federal Reserve Chair Jerome Powell made a bold statement, noting that inflation hasn’t hit the central bank’s 2% target since he joined the board of governors in 2012.

But by the Federal Reserve’s own estimates, 2020 might be the year that Powell sees the central bank reach its goal. In its December projections, the Federal Reserve looks for inflation to rise 1.9% next year. However, even by Powell’s admission, the Fed’s outlook won’t be enough to force a shift in its firmly neutral stance.

While the Federal Reserve is hoping to reach its inflation target next year, another central bank is less optimistic. In its December projections, the European Central Bank downgraded its inflation forecast to 1% for next year, down a tick from its previous estimate of 1.1%.

For most economists, inflation has been at most a back-burner issue, not a significant factor in U.S. economic activity.

In their 2020 outlook, economists at Bank of America Merrill Lynch said that they see inflation pushing to 2% next year as the U.S. economy posts growth of 1.7%. 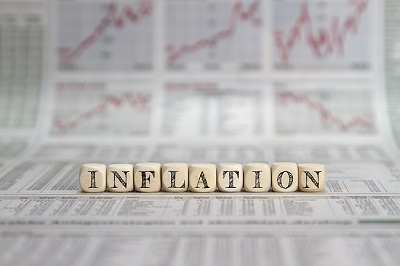 Michelle Meyer, head of U.S. economics at BoAML, said because of lukewarm growth prospects, inflation is not expected to get “out of hand.”

Economists at Societe Generale also don’t see any major inflation issues, expecting a “benign” environment for price pressures. However, in Europe, the French bank is a little more optimistic on inflation next year, forecasting the headline Consumer Price Index to rise to 1.5% by the end of 2020.

While some economists are not paying much attention to inflation, others see it as a growing threat to the economy.

“People aren’t talking about inflation. They think that topic is dead, but there are signs that it is picking up,” said Marc Chandler, chief market strategist at Bannockburn. “I think we see an inflation scare in 2020. The threat will rise before inflation actually does.”

The Chinese are expected to buy more agricultural products and the yield curve has steepened, signaling more optimism in the U.S. economy.

“People made a big deal about the yield curve inverting five basis points for five days in August but here we with the curve at its highest point for the year,” Chandler said.

Although Chandler said that the threat of inflation could rise next year, it won’t help gold, unless prices actually start to move higher.

Some commodity market analysts are a little bit more optimistic on gold in an environment of low interest rates. In a recent interview with Kitco News, George Milling-Stanley, chief gold strategist at State Street Global Advisors, said that it’s only a matter of time before inflation picks up as central banks around the world are maintaining extremely accommodative monetary policy to achieve this outcome.

He added that in a world awash in low rates, it won’t take much inflation to drive real bond yields negative. Real yields, which is nominal interest rates plus inflation is already not far from negative territory. The real yield for the U.S. 10-year bonds is currently at 50 basis points. Real yields are end the year more than 50% down from the start of 2019.

“We have entered in a new era of low interest rates; that is the broad trend gold investors should focus on and that will remain in place despite the odd 25-basis-point move from the Fed,” he said. “I don’t think inflation is going to go lower so the interest-rate environment in real terms is going to be even more favorable for gold.”

Ronald-Peter Stoeferle, fund manager of Incrementum AG and one of the authors of the annual In Gold We Trust report, said that he is significantly bullish on gold and inflation is going to be a significant factor.

He added that he sees gold pushing to $1,800 an ounce as price pressures pick up after government and central banks around the world continue to pump liquidity into financial markets.

“We already have massive inflation in asset prices and it won’t take long for that to filter down to the real economy,” he said. “We can already see it in the housing market; just look at home prices in any major city in the world.

“Everyone wants to see inflation higher and that will be good for gold.”