Gold price shows off its resilience, here's what to expect as markets enter holiday mode 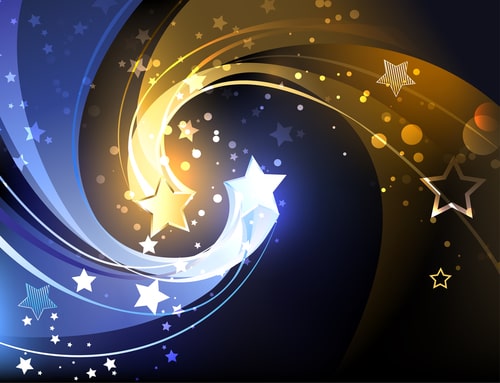 (Kitco News) With just 11 days left in 2019, the trading volume is dwindling down and gold is showing resilience in the face of strong risk appetite and rallying equity markets.

On Friday, the S&P 500, the Nasdaq and the Dow were all rising as markets were more optimistic about the U.S.-China phase one trade deal, Brexit and the overall geopolitical outlook for 2020.

On Friday, markets were digesting the latest unrevised U.S. GDP Q3 data and stronger consumer spending. But, the biggest news of the day seemed to be U.S. President Donald Trump tweeting that he “had a very good talk with President Xi of China,” which sent gold prices slightly lower.

The yellow metal’s current strength is in part connected to the Federal Reserve rate expectations going into 2020, Melek pointed out. “It is very unlikely that the Federal Reserve is going to do anything in terms of hiking. And there is still significant risk out there that the central bank lowers rates depending on what the rest of the world does here,” he said.

Melek projects range-bound trading into year-end. “We are likely to stay around current levels between $1,446 and $1,480 … I wouldn’t expect great spectacular things in the 11 days leading up to the end of the year. It looks like gold is holding firm — better than most people would have thought given the amount of risk appetite and the strength of the U.S. dollar.”

Also, a bit of a selloff down to $1,450 is not ruled out, with inverts likely looking to lock in profits as they wrap up 2019, said Mitsubishi analyst Jonathan Butler.

“You could see some year-end squaring going on. Maybe some profit-taking helping take prices back down to $1,450. Equally, some new buying up to $1,500. Generally speaking, as investors look to lock in the profits seen so far this year. We might see some action to the downside in the last few days,” Butler said.

“Sentiment towards gold remained constructive, despite the phase-one U.S.-China trade deal; FOMC minutes broadly in line with expectations; and a U.K. election delivering a clear majority for the Conservatives, suggesting that a Brexit deal is likely to be ratified by end-January 2020,” she said.

Thinner volume as we count down to the new year

But, with thinner trading volumes, comes the risk of increased volatility, the analyst said. “The trading volumes are down this time a year, which brings opportunities for greater volatility in most cases because you can get orders on either side — buy or sell — moving the market in a more significant way than normal.”

Going forward, the news flow surrounding the U.S.-China trade progress is one of the primary drivers to keep an eye on.

“We shouldn’t be too complacent about the news flow, because it only takes a tweet from the U.S. president, and the markets are moving in either direction. Going into the new year, the key news-flow stories are on the U.S.-China trade talks and any prospects for the stage two of those talks going into next year,” Butler said.

Another remaining uncertainty is how the new trade pact will look like between the U.K. and the EU, added Butler. “On the geopolitical front, things are looking more certain now with respect to Brexit. But, one very big uncertainty is the U.K.’s future relationship with the European Union. That will be a theme of all markets in the new year as U.K. edges closer to some sort of trade deal with the rest of the EU,” he said.

Cooper remains optimistic about gold in the new year, projecting for prices to average $1,536 an ounce in 2020. “Key factors to watch for gold next year will be the second phase of the U.S.-China trade negotiations, the U.S. election, global monetary policy, and the investor response to these developments,” she said.

There is not a lot of data scheduled for publication in the U.S. next week. Some of the important releases to keep an eye on include Monday’s U.S. durable goods orders and new homes sales as well as Thursday’s continuing jobless claims.

During the first week of the new year, investors will also get a peek at the FOMC meeting minutes from December, scheduled for release on January 3.

“The durable goods report due next week is likely to show underlying orders subdued in November, consistent with weak equipment investment. In the New Year, we expect the December ISM manufacturing survey to show a modest rebound, while the minutes from the Fed’s December meeting should underline that policy is now on hold,” said Capital Economics senior U.S. economist Andrew Hunter.